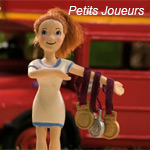 Bruno Collect’s well-received animated short Petits Joueurs (Little Players) and series is getting a lot of festival attention as well as airplay on France 3 and RTS this month. The series will be broadcast this summer during the Olympic games coverage and it will also compete in the shorts category at Anima Mundi festival in Rio and Sao Paulo, July 13-29.

The humorous project follows a small wrestler who is furious that his sport was not selected for the Olympics, so he decides to run all tests of scaled-down Olympics to win everything—with disastrous results. The series of 26 episodes of 1 min 30 sec was created by Bruno Collet (The Little Dragon, His Indochina) and Jean-François Le Corre. The stop-motion project was produced at the Vivement Lundi studio in Brittany. The show will be broadcast on France 3 From July 23 to August 12. RTS will also air the series in Switzerland.

Check out the pilot for the show: 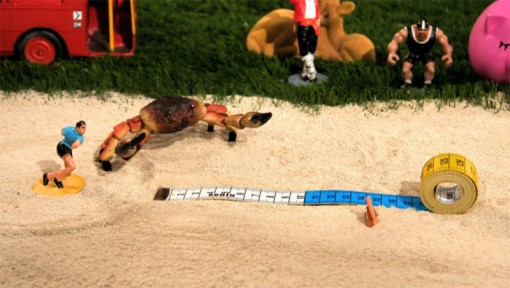