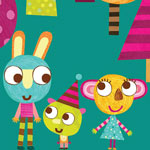 Top-rating animated preschool series Olobob Top, from Beakus, has been greenlit for a second 26 x 5’ season by CBeebies, ABC and S4C. The first 52 x 5’ raft of episodes was also ordered by these broadcasters, and has since rolled out across 14 territories to a growing global audience. The series has repeatedly appeared in CBeebies’ top 10. The S2 creative team will again be led by co-creators Steve Smith (producer/director) and Leigh Hodgkinson (art director), with Cloth Cat Animation associate producing.

The new season is slated to debut in Spring 2019.

“We’ve had such great support from CBeebies, ABC and S4C throughout, and are excited to team up again to create 26 brand new stories featuring our favorite characters,” said Smith. “The Olobob forest is endless and so is Leigh’s imagination, so it’s really just a matter of choosing the very best ideas and honing them in to our trademark mix of beautiful design, creative play, and surreal fun for our preschool fans!”.

Between seasons, Beakus has put out Olobob Top books through publishing partner Bloomsbury, and developed a children’s workshop for book festival appearances that focuses on the brand’s key USP of creative play. They have also signed on licensing agent Raydar, and worldwide distributor CAKE Entertainment.

The visually striking, humorous series features the vocal talents of Stephen Mangan (Episodes, Postman Pat, Green Wing), and follows the adventures of three child-voiced characters – Tib, Lalloo and Bobble – who live in a huge forest with their friends. Their world is made of shapes, and each story sees them head to the Olobob Top, where they use shapes to build new characters who come to life and join them on their problem-solving adventures.

Jon Rennie, MD of Cloth Cat Animation, commented: “We’re really excited to be working on the new series of Olobob Top with Steve and Leigh, once again showcasing the wealth of animation talent in Cardiff and the UK. The response to the first series was incredibly positive and everyone on the team is looking forward to seeing more of the world and the new characters they’ll be bringing to life!” 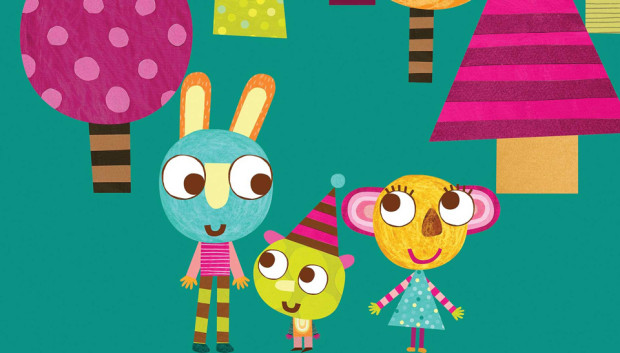