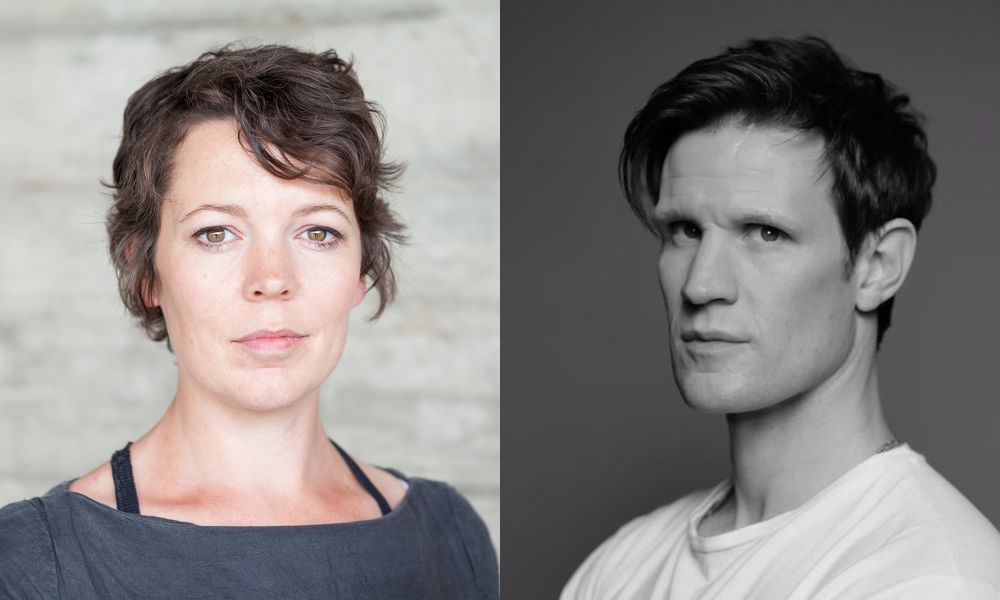 Building on the success of Zog and the Flying Doctors, Magic Light Pictures, the multi-Oscar nominated company, is bringing Julia Donaldson and Axel Scheffler’s beloved story Superworm to BBC One and BBC iPlayer for Christmas 2021.

The first-rate voice cast for the adaptation will be headlined by Oscar winner Olivia Colman as narrator and Emmy nominee Matt Smith playing the hero, Superworm. They are joined by Patricia Allison (Sex Education) as Butterfly, and Rob Brydon (Gavin & Stacey) as the Crow, with other cast to be announced later in the year.

“This is such a lovely project to be involved with. When reading the script, and imagining all those goings on at the end of the garden, I could really get a feel for the pure fun and joy that the film will bring. I’ve always loved these charming productions at Christmas and I’m delighted to be voicing the narrator,” said Colman.

Smith enthused, “I’m delighted to play the part of Superworm! And join such a fabulous cast of actors, artists and storytellers. What fun to be part of the BBC’s Christmas line up in this great children’s tale.” 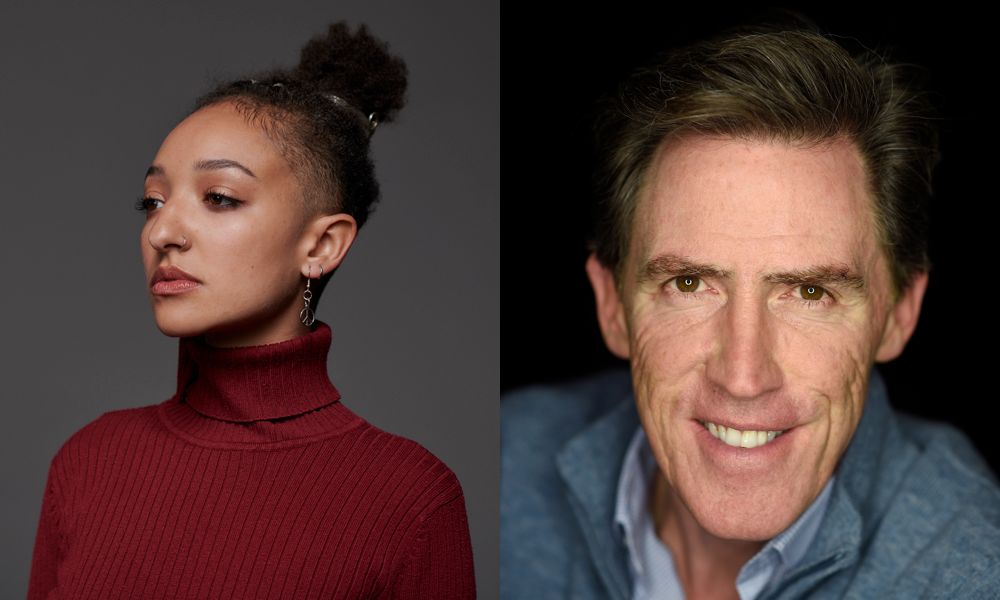 “The Magic Light animations are such an important part of the Christmas TV schedule, I’m excited to become part of that tradition,” said Allison. “Butterfly is a very determined character, and a loyal friend, so I’m looking forward to recording a lot.”

“This will be my ninth appearance in a Donaldson/ Scheffler adaptation,” Brydon noted. “Working on these Magic Light productions is always a delight and deciding how to voice characters is such fun. I love watching them on TV at Christmas — a lovely way to round off my year.”

Superworm is a hero with a difference. Super-long and super-strong, he’s always on hand to help out all the other animals and insects — whether he’s saving baby toad from an accident, rescuing beetle from falling down a well, or even good-naturedly offering himself up as a skipping rope for some bored bees. Superworm and his best friend Butterfly make a great team but Superworm too often takes all the credit. When the wicked Wizard Lizard hears about Superworm’s special skills, he sends his servant Crow to kidnap Superworm. Despite everything, with her friend in deep trouble, Butterfly comes to the rescue, convincing the other creatures to help her with a daring plan… 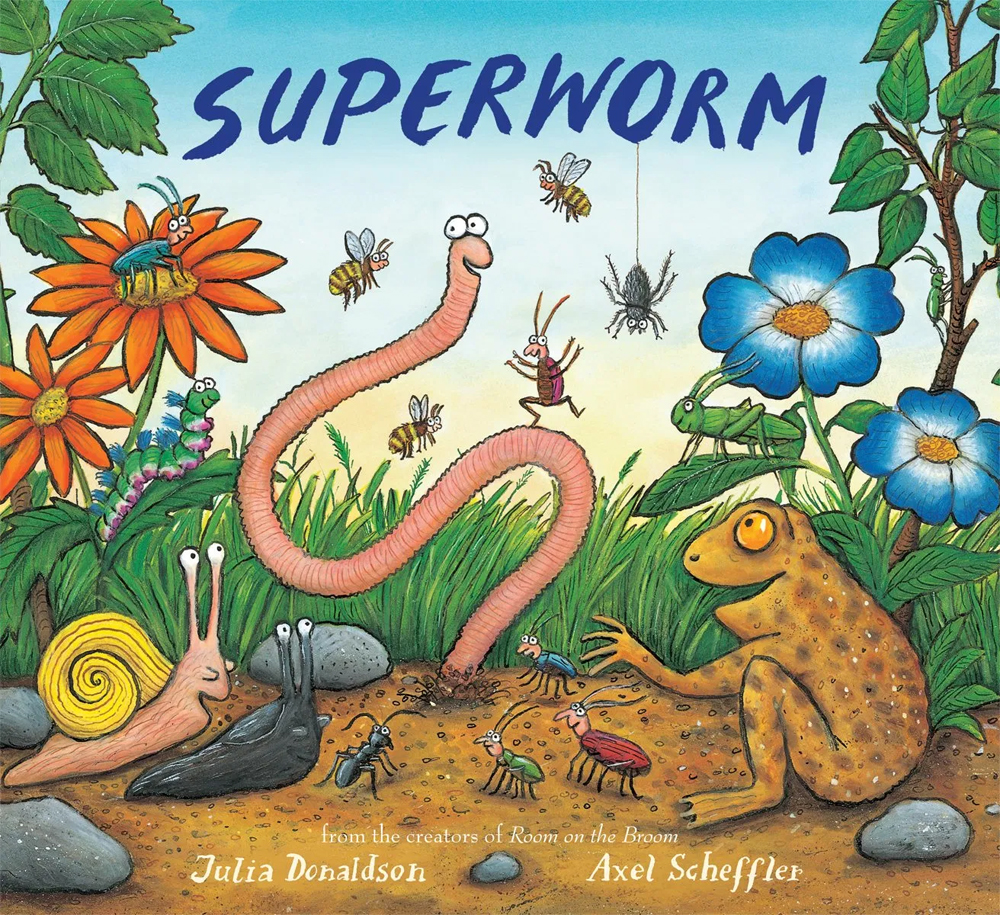 Superworm is being directed by Sarah Scrimgeour (Big Game) and Jac Hamman (animation supervisor, Zog), from a script by Max Lang and Suzanne Lang (The Snail and the Whale). Producer is Barney Goodland with executive producers are Martin Pope & Michael Rose for Magic Light Pictures. The composer is Rene Aubry, who has written the music for the collection of Magic Light films. Animation services will be provided by Blue Zoo Animation Studio.

“We’re delighted to be making Superworm for BBC One,” said Pope, Co-Founder of Magic Light Pictures. “It’s a lovely comedy. Superworm’s a brilliant central character, who has great friends who will ultimately triumph over the wonderfully entertaining villain, in this delightful story based on the book by Julia Donaldson and Axel Scheffler.”

Donaldson and Scheffler, creators of The Gruffalo, collaborated once again on this animated half hour, which has been acquired by Charlotte Moore, BBC Chief Content Officer and Tommy Bulfin, Commissioning Editor, BBC Drama.

Superworm is the ninth TV adaptation of a Donaldson/Scheffler title for BBC One and BBC iPlayer. The annual Magic Light Pictures films have become firm fixtures in the Christmas schedules. Magic Light has been providing these festive family treats to BBC One for over a decade, and their films are among the most popular family titles on BBC iPlayer. In the lead up to last Christmas, original festive idents featuring The Gruffalo and Zog book-ended shows on BBC One.

“The Donaldson and Scheffler adaptations are a lynchpin of the Christmas schedule and we’re thrilled to be collaborating with them and the award-winning Magic Light Pictures again this year,” said Bulfin, BBC Drama Commissioning Editor. “I can’t wait for audiences to fall in love with Superworm, who is super-long and super-strong.”