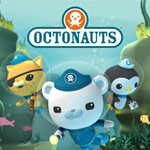 Disney Junior announced today that it will premiere the hit animated preschool show Octonauts on Monday, Jan. 9. At 11:30 a.m. The BAFTA-nominated series is based on a series of books Vicki Wong and Michael Murphy of Meomi Design. It follows the underwater adventures of Captain Barnacles Bear, Lieutenant Kwazii Cat and Medic Peso Penguin, as they explore the ocean and work to protect all of its unique sea creatures. Produced by Silvergate Media with animation by Ireland’s Oscar-nominated Brown Bag Films, the series made its initial debut in the UK in October 2010. It is exec produced by Cathal Gaffney, Kurt Mueller, Darragh O’Connell and Stephanie Simpson.

Octonauts introduces young viewers to underwater worlds and fascinating marine life. In each 22-minute episode, Captain Barnacles, Lieutenant Kwazii and Medic Peso receive an “octo alert,” which serves as a call to action for the heroes to embark on the day’s mission. With help from their extended crew –Tweak, a bunny mechanical engineer; Shellington, a marine biologist sea otter; Dashi, a dependable dog who serves as the Octonauts’ official mission photographer; Professor Inkling, the Octonauts’ octopus founder; and Tunip, a special breed of underwater sea creature called a vegimal – the team sets out to explore, rescue and protect their unique underwater habitat. 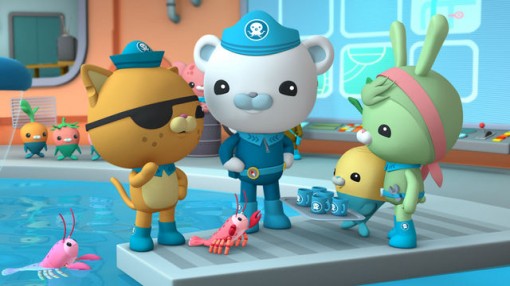 The series will air weekdays at 11:30 a.m. and weekends at 7:00 a.m., during the Disney Junior programming block on Disney Channel. For more info, visit www.octonauts.com.