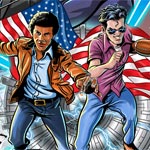 A clever new animated sci-fi series featuring former President Obama and former V.P. Joe Biden is off to a very healthy start, thanks to a crowd-funding campaign via Kickstarter. The show, which is called Barry and Joe: The Animated Series, is the brainchild of director Adam Reid, co-founder of Bodega Studios. The series, which has raised over $107,000, finds Obama and Biden as time-traveling heroes, who aided by scientist Neil Degrasse Tyson attempt to rewrite moments in history. Both men are sent to the past and find themselves in their younger bodies. The dynamic duo then attempts to change history for the better.

Reid notes in the Kickstarter page, “If you’re like me, you’re more than a bit concerned lately about the fate of our country, our planet, and humanity itself. And while we need new heroes to step in and stand up for what is right, I can’t help but intensely miss Barack Obama and Joe Biden.” And yes, current President Donald Trump will also play a part in the tongue-in-check show. Reid adds, “You will never see Donald Trump’s face. In this way, he is like our Doctor Claw from the original Inspector Gadget cartoon. A villain to be heard and felt but not seen. Except for his tiny hands, we’ll see those!”

You can learn more about this fun project and all the goodies you can receive if you support it here: www.kickstarter.com/projects/597035573/barry-and-joe-the-animate. 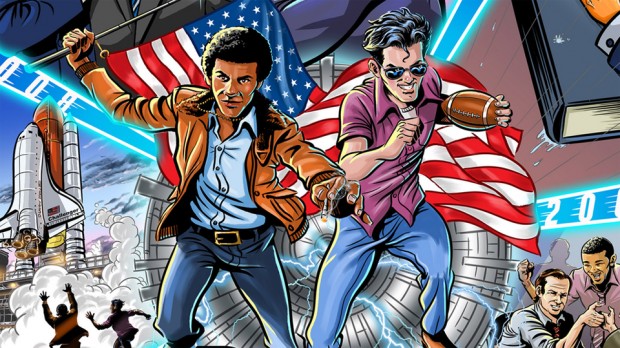 Barry and Joe: The Animated Series