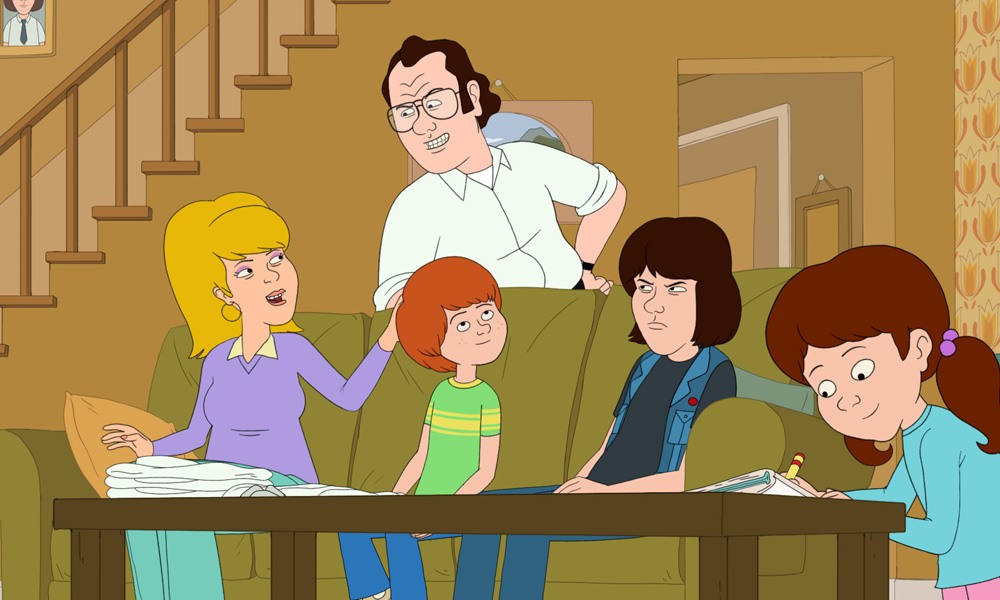 Oasis Animation in Montreal will be providing production services for Netflix original adult animated series F Is for Family season 4, produced by Gaumont Television. Production kicked off in January, with more than 80 artists working on new dysfunctional sitcom antics. The full 10 x half-hour season will launch on the streaming platform next year.

F Is for Family is created by Bill Burr, an American stand-up comedian, actor, and writer, and Michael Price, a writer and producer who also worked on The Simpsons. Over the past two seasons, the show has received outstanding reviews. It follows the Murphy family in the 1970s, a time when you could smack your kid, smoke inside and bring a gun to the airport. S3 launched on Netflix in November.

Founded in 2003,Oasis Animation specializes in the production of animated series for television and offers a complete range of digital 2D animation services to the national and international markets. With its cutting-edge infrastructure and its talented, experienced team, Oasis Animation has been promoting its expertise and the talent of Quebec artists around the world. The studio has previously worked with Gaumont Television, a division of world’s oldest film company Gaumont, on Mouss & Boubidi.

Learn more about the studio at www.oasisanimation.com.