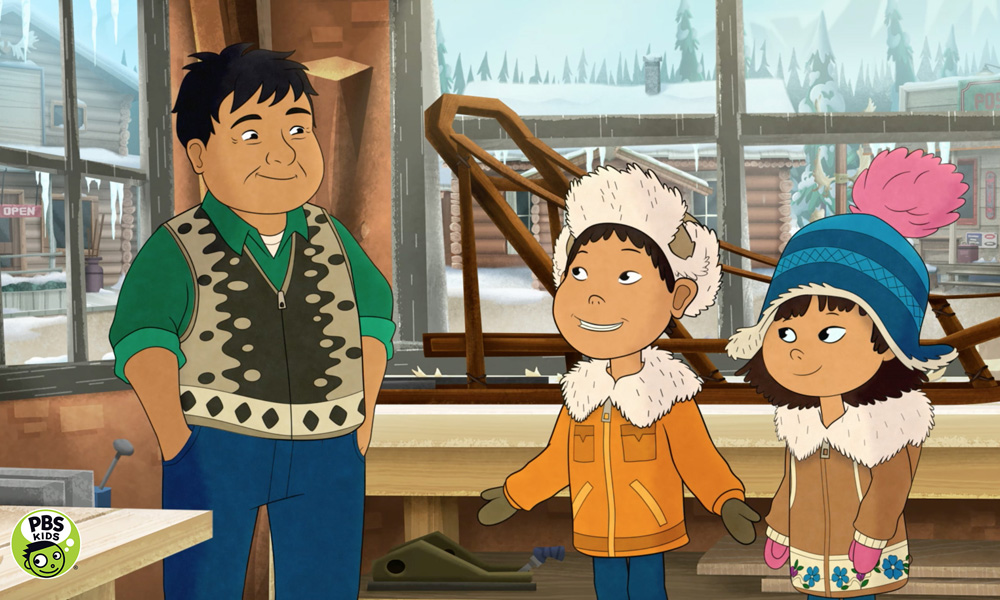 Last July, PBS introduced young viewers to Molly of Denali, a lovely new animated series about a 10-year-old Alaska Native girl named Molly (voiced by Sovereign Bill), her family and friends, her dog Suki and their lives as they run the Denali Trading Post. The show has the distinction of being the first-ever nationally distributed children’s series to feature an Alaska Native as the main character. In the 38 x half-hour show, each episode features two 11-minute animated adventures and a special live-action sequence filmed in Alaska.

OK, origin story first! Can you tell us a bit about how you came up with the concept for the series?

Dorothea Gillim: I grew up in Rochester, NY – home to Wegmans, which is an amazing grocery story and also the hub of the community. So, I’ve always wanted to do a show about a store. I was thinking about where this store might be set in the summer of 2015. Alaska was in the news, and I thought, that would be a cool setting. The store morphed into a trading post, and then I teamed up with Kathy to build out the world and the characters.

Kathy Waugh: I had been wanting to do a show about a girl who lived off the grid, deep in nature, and who communicated with “the outside” via some sort of blog. Originally, I was thinking she lived on a boat and was sailing around the world with her parents. During a meeting, when Dorothea pitched her idea, I started to think our two visions might combine — and because I was still fixated on a girl in nature, I thought, hmmm, what if the store was some kind of outfitters, or trading post, where scientists and trekkers might stock up before venturing into the wild? That was a natural fit for Alaska. And that led us to the realization that this girl should be a Native Alaskan.

The origin story doesn’t end there. Once we got the pilot pickup from PBS, we partnered with a group of Alaska Natives to develop the characters and world to ensure it was authentic and reflected Molly’s rich Alaska Native culture. We then pitched the idea to PBS in April 2016

How long did it take to produce and debut in July?

We got the greenlight to do a pilot in June of 2016, completed the pilot in the summer of 2017, got the pickup for the series shortly after that and debuted two years later, in July 2019. So all in all, from conception to premiere, four years – which is pretty fast for an animated series. 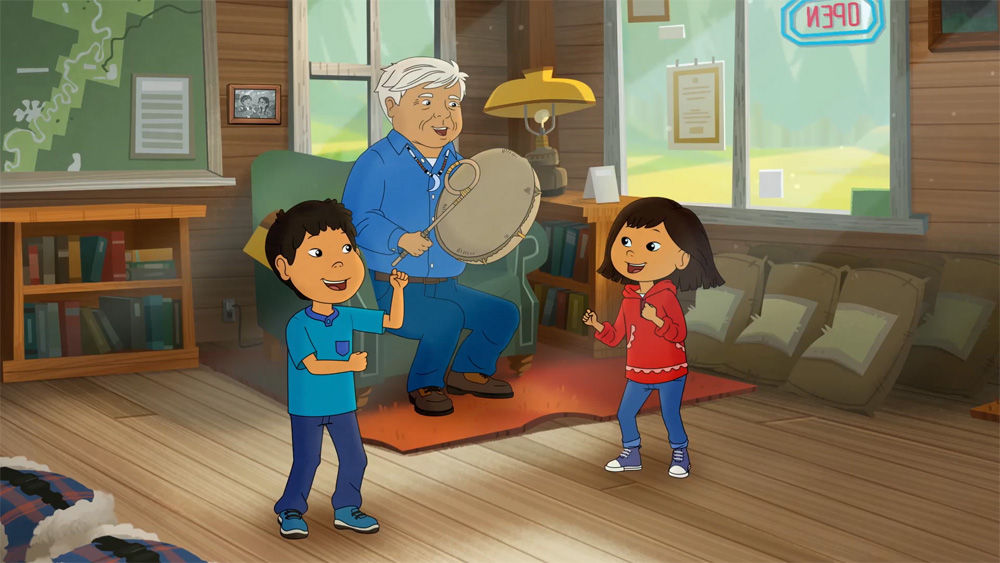 What do you think makes the show stand out?

Many things. For starters, it’s the first nationally-distributed series in the U.S about indigenous kids. So, there’s nothing out there, at least in the States, that features Alaska Native culture as it exists in today’s world. It’s also about life in a small rural town, which is unusual in the kids’ landscape. Also, the series is the first to introduce an Informational Text curriculum, a subset of literacy that helps kids understand how to use texts in many forms to solve problems. Finally, Molly is a strong female lead who’s helpful, kind, curious about the world and outdoorsy, adventurous, into science and snowboarding, and has her own vlog. She’s a great role model for all kids, especially young girls.

Can you talk about the show’s visuals a bit? Inspirations? Look?

It was important to us that Molly’s world feel authentic, so initially we thought about going live action with the show —  until we considered the challenges of shooting in Alaska in the middle of winter. So when we turned to animation the challenge was to capture the beauty and epic majesty of the Alaskan wilderness, which Atomic Cartoons has done so well. Many of the backgrounds just make your jaw drop. They’re so beautiful and awe-inspiring – like the landscape of Alaska.

Which animation tools are used and how many people work on the show?

Atomic uses Toon Boom Harmony for the animation. Their full crew sits roughly at 55 people in-house. Atomic has been amazing! So talented and dedicated to the show’s mission. Toon City Animation in the Philippines does the inbetweening.

What responses have you got from viewers that really affected you?

Some of the most moving responses have been from Alaska Natives who’ve shared how meaningful and validating it’s been to see their culture positively portrayed for the first time in the media, and how grateful they are that their kids get a chance to grow up in a world where their experience is normalized onscreen.

Something Mr. Rogers knew, that research has confirmed, is that being seen and valued is incredibly important to a child’s sense of self. So diversity and representation in children’s animation is vital because we want all kids to have an opportunity to see themselves reflected on screen and feel that validation. And in order to do that right, to represent a culture in media, it’s important to have the folks who make it be a part of that culture as much as possible. For Molly, we partnered early on with Alaska Natives on the development of the show and have integrated Alaska Natives into all aspects of production as producers, writers, voice-over talent and musicians — so that the end product feels authentic, something a kid can relate to and say, that’s me!

What can we expect to see in the second season of the series?

Good question! We just premiered, so it’s a bit early to say, but we’re hopeful for a second. There are many more parts of Alaska we’d like to take Molly to – like the North Slope on the Arctic Ocean and the Yup’ik area around Bethel. 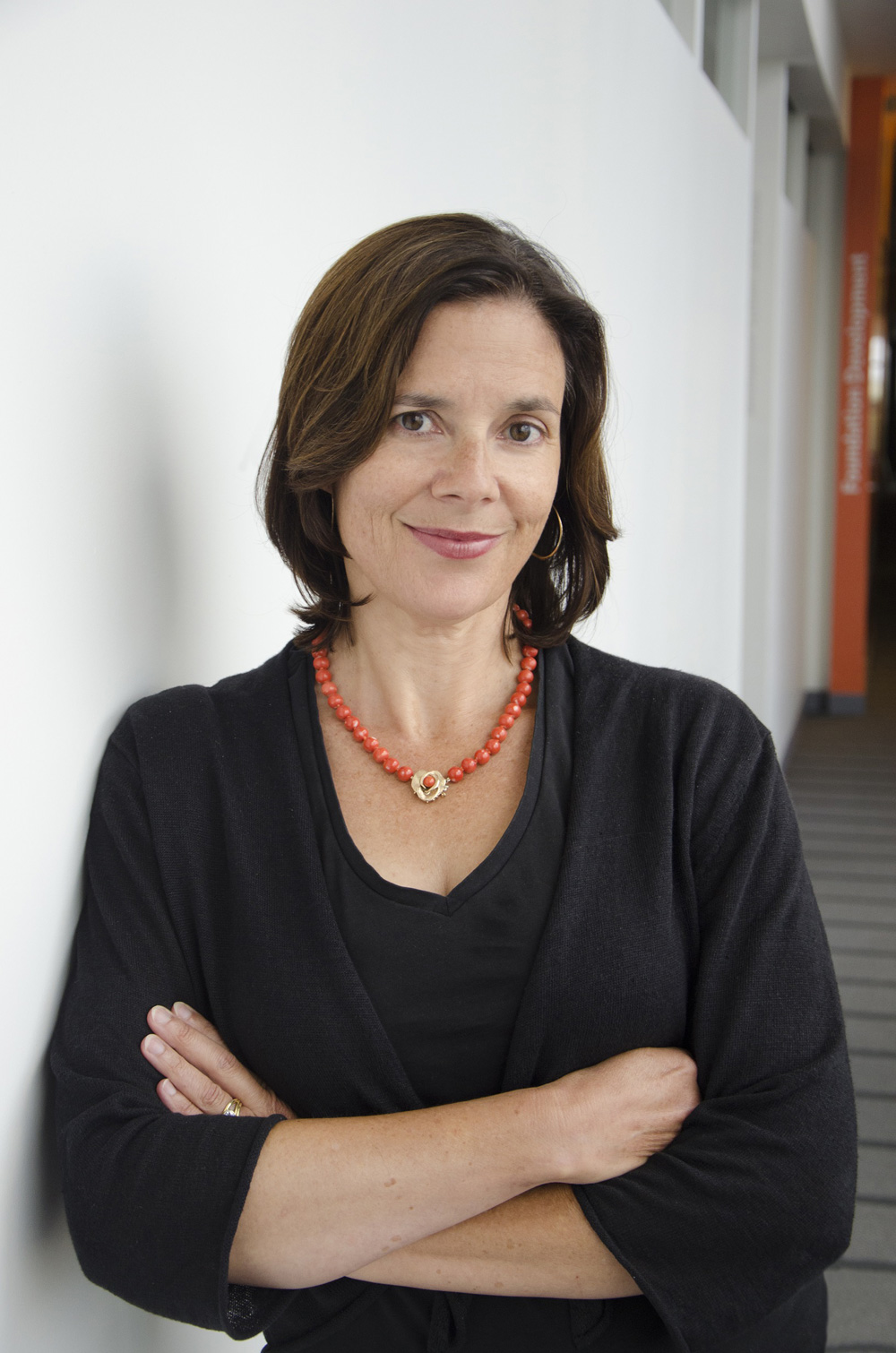