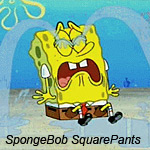 Something strange has happened to Nickelodeon’s ratings since mid-September. Both Hollywood trades have stories today about how the ratings for the children’s cable network has dropped 15 to 20 percent since mid-September. According to The Hollywood Reporter, Viacom and Nielsen are investigating this unusual phenom at the home of SpongeBob SquarePants and The Penguins of Madagascar.

Vicacom CEO Philippe Dauman says the two firms are investigating this “aberration to understand rectify the situation.” The Media Rating Council has also been asked to check out the situation. He also noted that the timing of these declines have been especially hurtful since this is the period when toy companies and other big advertisers step up their marketing efforts in time for the holiday season. The CEO pointed out that Nick has been the number one cable network for 66 quarters running.

Over the next 12 months, fresh shows like Teenage Mutant Ninja Turtles and Kung Fu Panda: Tales of Awesomeness and SpongeBob SquarePants will give Nick 500 original episodes, a record for the network. (And the sound of laughter you hear in the distance is coming from the production office of Disney Channel’s Phineas & Ferb, which just got greenlit for its fourth season!)