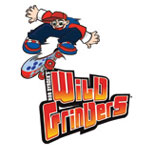 Nicktoons has ordered Wild Grinders, a new animated comedy series based on the work and life of pro skateboarder Rob Dyrdek.

The 26-episode series is produced in partnership with Home Plate Entertainment, Moonscoop and Dyrdek’s Wild Grinders LLC, and will premiere on Nicktoons in 2012, preceded by shorts and other original multi-platform digital content launching this fall. Agogo Corp., Telegael Teoranta and Copernicus Studios are also co-producers on the HD production.

“I wanted to make a cartoon that made me laugh. I have always tried to create programming that was funny. Skateboarding is a backdrop to our main characters comedic situations, but not necessarily our primary focus,” said Dyrdek, who also is voicing the lead character and Exec Producing.

“Wild Grinders is a great fit for Nicktoons because it has the comedy and adrenaline boys love,” said Keith Dawkins, senior VP and GM, Nicktoons and TeenNick. “Rob Dyrdek brings an authentic look at the skateboard culture and a diverse cast of characters who reflect our audience. We think they’ll enjoy this dynamic journey of a 12-year-old skater and his friends.”

The announcement was made at Comic-Con, where Dyrdek will be signing exclusive Wild Grinders posters at the Nickelodeon booth on Friday at 11 a.m.