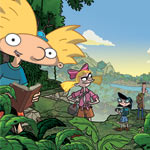 We are getting so close to the return of everyone’s favorite football head, with Hey Arnold!: The Jungle Movie set to premiere Friday, November 24 at 7 p.m. ET/PT! In advance of the Thanksgiving weekend release (simulcast on Nickelodeon, TeenNick and Nicktoons), NickSplat has revealed a new, final trailer for the two-hour movie event, which will answer some long-pondered questions about Craig Bartlett’s classic cartoon.

To further stir up fan engagement, NickSplat will be presenting a number of activations. The TeenNick programming block for ‘90s and ‘00s hits is running fan-favorite episodes of Hey Arnold! every night in November from midnight to 1 a.m. And NickSplat will present a full series marathon with every episode airing from Friday, Nov. 17 through Nov. 24, from 11 p.m. to 6 a.m. Following the premiere, The Jungle Movie will encore Nov. 24 at 11 p.m. and Dec. 1 at midnight on TeenNick.

Online, viewers can check out the Hey Arnold! page of Nick.com and the Nick app, as well as the official Facebook and Instagram; for more sneak peeks and bonus content. Fans can really get into the movie by transforming themselves into a true denizen of Hillwood at NickSplat’s Hey Arnold! Yourself site: NickSplat.com/heyarnoldyourself.

Featuring a storyline picking up where the original TV series ended in 2004, Hey Arnold!: The Jungle Movie follows the kids on the field trip of a lifetime, where Arnold and his friends embark on a quest to achieve his dream of finding his missing parents. You can read more about it in the December issue of Animation Magazine (No. 275)! 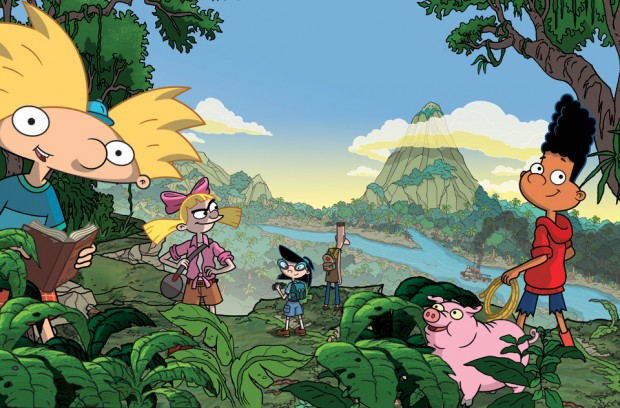