Wallykazam!, a new animated preschool series with a pro-literacy theme, is set to debut Feb. 3 at 1 p.m. ET/PT the first of 26 episodes on Nickelodeon.

Wallykazam! follows the adventures of a troll named Wally and his pet dragon, Norville, who live in a forest with giants, goblins, ogres, sprites and other mythical creatures. Wally uses his magic stick to make words come to life on screen that start with a specific letter, sound or rhyme. Each episode features a new set of magic words that Wally uses to playfully transform the world around him.

Wallykazam! is Nickelodeon’s first preschool series to embed a literacy curriculum into a full-length story, introducing skills such as letter and sound identification, rhyming, vocabulary development and comprehension strategies.

Created by producer/writer Adam Peltzman (Emmy Award-winning The Backyardigans and Bubble Guppies), the series will regularly air weekdays at 1 p.m. (ET/PT) on Nickelodeon. 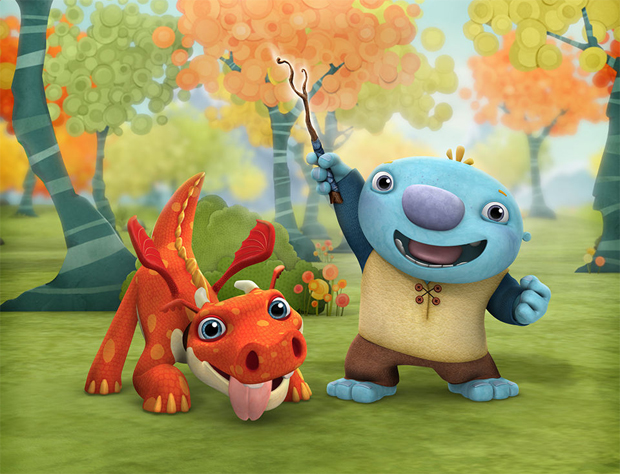