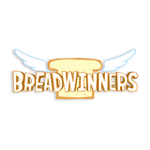 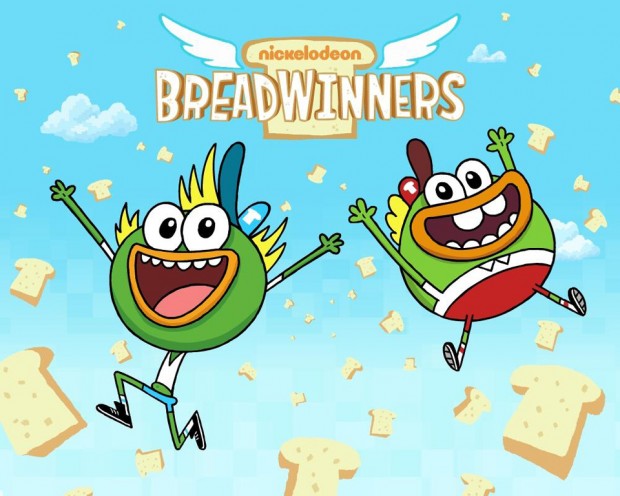 Breadwinners pits two intrepid ducks against the perils of the bread delivery business.

Launching the show is the culmination of years of friendship and collaboration between Borst and Di Raffaele, who met while they were both working on Warner Bros. Animation’s MAD cartoon. Back in 2011, Di Raffaele approached Borst in the break room about working together on personal projects outside of work. “I felt like I was being asked out on a date,” Borst jokes. “But we sat down that November and checked out each other’s stuff. I saw some shorts Gary had made that were really cool and fun and energetic … Our creative chemistry was really awesome and it kind of snowballed into pitching to Nickelodeon later.”

After a few months of playing with different ideas, a doodle Di Raffaele sketched of two ducks tossing slices of bread in the air set the creative pals’ off on a brainstorming session. Borst penned the story for a short film and Di Raffaele managed to produce it in just two months.

“Steve’s the writer, I’m the artist–we’re two halves of one brain,” says Di Raffaele. “I’ll come up with the drawings and he’ll elevate them, take them to the next level with names and personalities.” The artist adds that despite this, the two executive producers collaborate on every step of production over at Nickelodeon Animation in Burbank, trading comments and ideas. “We’re always trying to crack the code and get to the best thing we can make, at all times.”

A funky new toon concept deserves a stand-out look, and the duo believes they’ve managed to hit the right note. By creating the 2D animation using digital tools, the artists are able to keep the cartoonish looseness of the original short while sharpening up other design elements. Di Raffaele notes that doing the original short in Flash and having to work around some limitations inspired the vivid, vector-like aesthetic of the show, adding that early ’90s videogames also served as design inspiration.

“I wanted something that felt like you were looking at a cartoon (which is why we use a heavy, black outline on the characters), something recognizable but also fresh,” Di Raffaele continues. “There’s a lot of old school videogame nostalgia in the art direction. We have this pixel texture that we apply to the background, and the characters have this kind of pixel shadow.” Outside of preproduction and design, the show is animated by Titmouse Studio’s Vancouver shop. “They’re bringing this really unique flavor of animation that I haven’t seen in a modern cartoon, ever … it’s this weird style that we’ve kind of stumbled upon.”

In addition to cool throwback design elements and rocket-van-delivery-mishaps, another stand-out element of Breadwinners is how musical it is. There is a fairly constant beat running through the action so that SwaySway and Bahdeuce can pack in as much booty shaking as possible, and Borst and Di Raffaele say audiences can expect lots of original songs to come out of their beaks over the 20-episode first season. What more could you want than a couple of ducks busting out an old school rock ballad as they cruise the skies on their carb-loaded rounds?