Produced by Nickelodeon Animation Studios in Burbank, Calif., the 26-episode half-hour series follows the Pig (the fool), Goat (the artist), Banana (the wise-guy) and Cricket (the brain), as four friends and roommates who live in a fantastical city where just about anything comes to life.

Emmy and Golden Globe winner David Sacks (The Simpsons, 3rd Rock from the Sun) is executive producer on the series.

A sneak peek of the series will air July 16 at 9:30 p.m. ET/PT, with the show settling into its regular timeslot of Saturdays at 10:30 a.m. ET/PT starting with the July 18 premiere. The show is set to expand to Nick’s international outlets early next year. 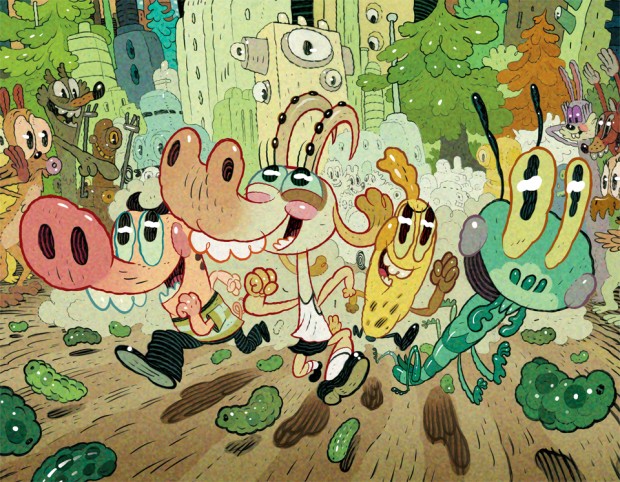