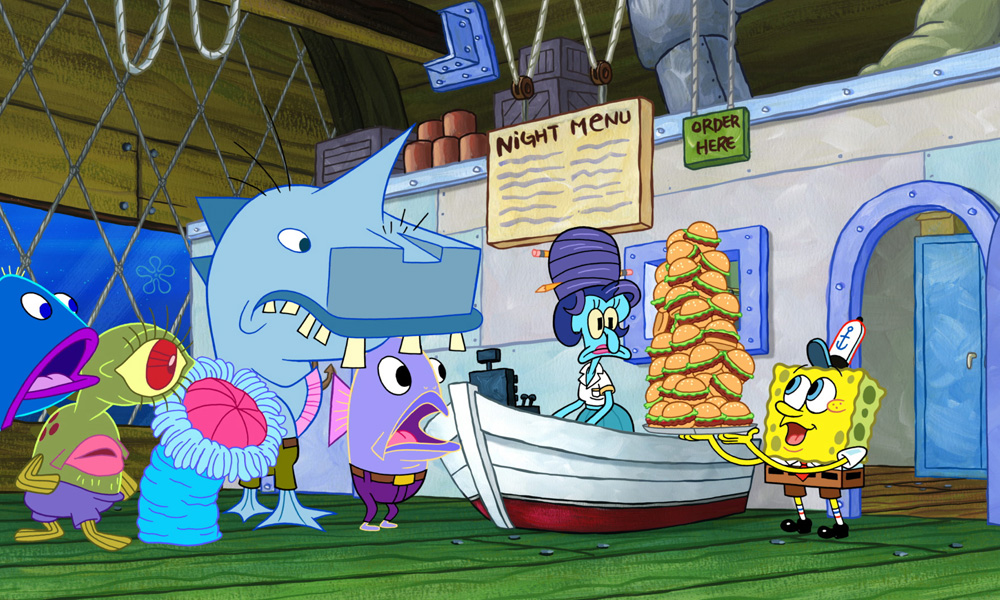 All October long, viewers can tune in to Nickelodeon for a spooktacular assortment of Halloween themed premieres from the network’s popular animation, preschool and live-action series. The chills and thrills begin Monday, October 8 at noon ET/PT, with a haul of new episodes debuting through the month — including tricks and treats from toons Rise of the Teenage Mutant Ninja Turtles, SpongeBob SquarePants, The Loud House and PAW Patrol. Nick will also premiere a mysterious new live-action series, The Bureau of Magical Things Oct. 8 at 8:30 p.m.

Plus, Nicktoons will be airing two weeks of new episodes of Welcome to the Wayne, M-F at 7 p.m., Oct. 15-26. And there’s more seasonal fun on TeenNick, which will kick off its “Fear O’Clock” lineup of Halloween-y episodes, movies and special M-F during October, starting Monday.

Monday, Oct. 8
12:00 p.m. [Nickelodeon] PAW Patrol “Pups Save the Trick-or-Treaters/Pups Save an Out of Control Mini Patrol” It’s Halloween in Adventure Bay, and a mysterious kid in a giant spider costume is taking all the treats from the trick-or-treaters. / Alex and his Mini‐Patrol accidentally take off on Daring Danny’s rocket bike.

8:30 p.m. [Nickelodeon] The Bureau of Magical Things “A Magical Mishap” When ordinary teenager Kyra touches a mysterious book, she is transformed into a Tri-ling – part-human, part-fairy and part-elf. In addition to acquiring amazing magical powers, Kyra discovers a secret world of magic all around her. 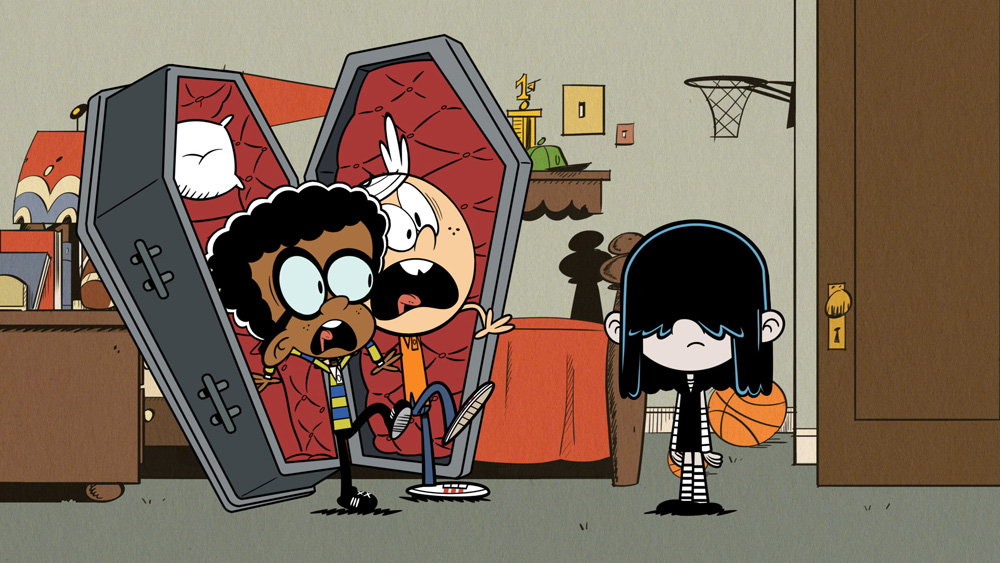 The Loud House “Jeers for Fears”

Thursday, Oct. 11
6:00 p.m. [Nickelodeon] The Loud House “Jeers for Fears” After agreeing to go to The Royal Woods House of Terror, Lincoln and Clyde have to toughen up and face their fears.

Friday, Oct. 12
12:00 p.m. [Nickelodeon] PAW Patrol “Pups and the Werepuppy!/Pups Save a Sleepwalking Mayor” When Rocky goes missing at Uncle Otis’ cabin in the woods, the PAW Patrol need to solve the mystery of the Werepuppy. / On Cowboy Day at the Wingnuts Dude Ranch, Mayor Goodway tries to brave the hazards of the ranch while sleepwalking. 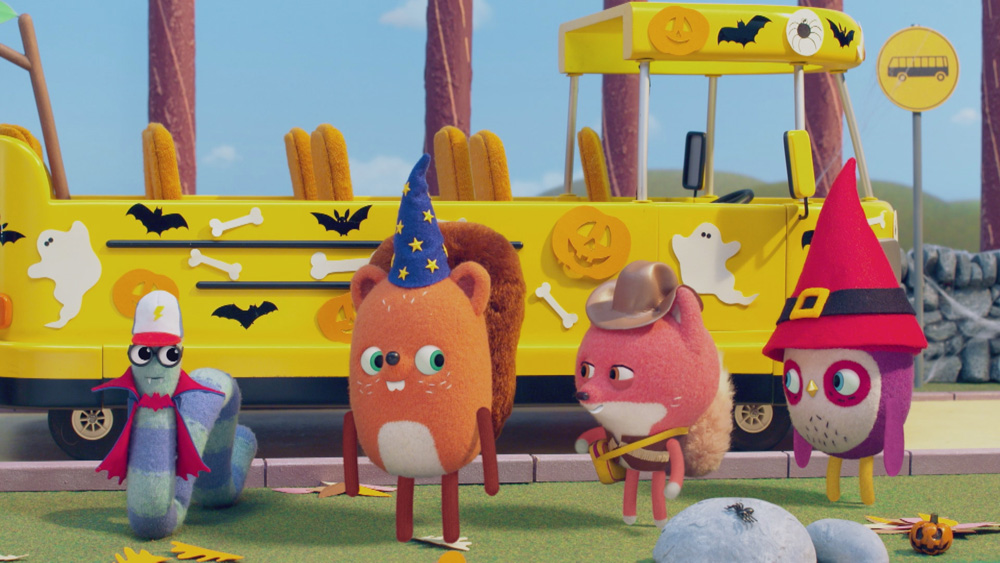 3:00 p.m. [Nick Jr.] Becca’s Bunch “Halloween Spooktacular/Pumpkin” Becca and the Bunch put on a spooktacular mystery Halloween tour for their fellow Wagtailers. / The Bunch succeeds in growing a giant pumpkin to enter the harvest festival competition but realize they have no way to transport it.

6:00 p.m. [Nickelodeon] The Loud House “Tea Tale Heart” Lola discovers Lucy has an old, fragile doll and decides she must borrow it, no matter what Lucy says. 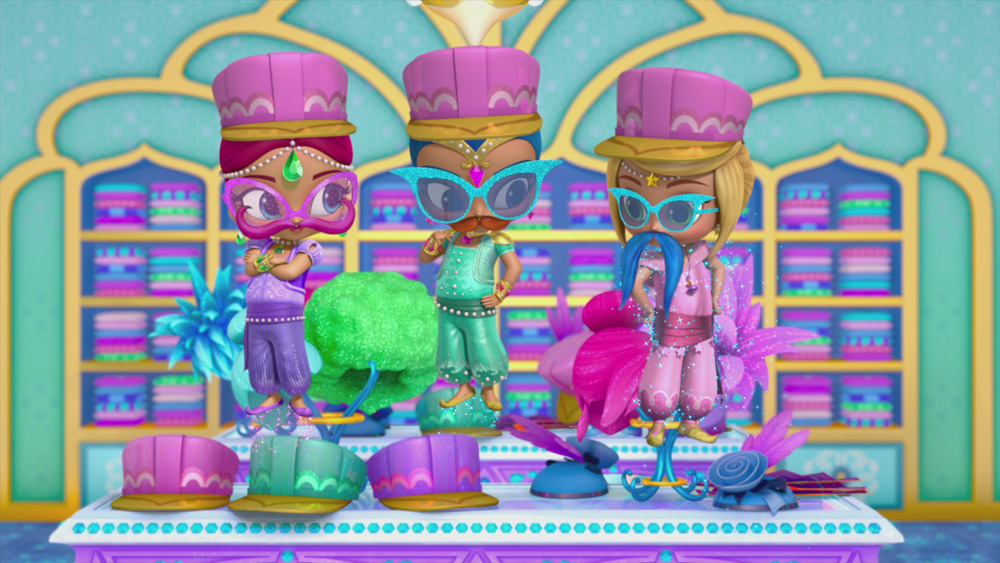 Friday, Oct. 26
3:00 p.m. [Nick Jr.] Shimmer and Shine “Costume Chaos/Potion School” When costumes get magically stuck on Shimmer, Shine and Leah, they must track down a special feather to undo the magic. / Zeta impersonates the girls’ potions teacher and tricks them into helping her brew a sneaky potion.