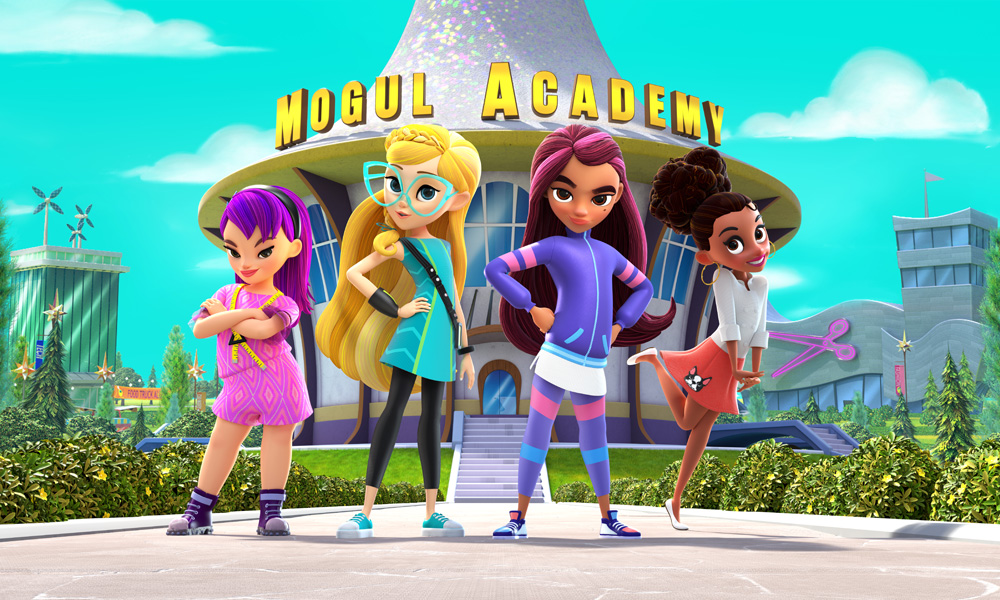 Nickelodeon has announced Middle School Moguls, a new four-part series of half-hour specials to kick off the school year with kid-friendly lessons in entrepreneurship. Premiering Sunday, September 8 at 11 a.m. ET/PT, the CG-animated adventures follow four ambitious girls as they work toward creating their own companies while attending Mogul Academy. The installments will debut every Sunday in September at 11 a.m.

Each special will look at life inside the exclusive Mogul Academy through the eyes of first-year students and moguls-in-training: Valeria, a budding sports gear innovator, voiced by Olympic gold medalist Laurie Hernandez; Winnie, an aspiring pet chef, voiced by Daniella Perkins (Knight Squad); Celeste, a smart-tech inventor, voiced by Jade Pettyjohn (School of Rock); and Yuna, an edgy fashion designer, voiced by Haley Tju (Bella and the Bulldogs). Together, the girls work to tackle grown-up challenges by thinking outside of the box and “mogulizing” to make their big dreams a reality.

In the first episode, “The Making of a Mogul,” Valeria’s business is discovered by a robot recruiter and she’s selected to attend Mogul Academy.