Nickelodeon has picked up international TV and digital rights for animated comedy series ToonMarty, excluding North America, China and Japan. The show is produced by Sardine Productions in Montreal, and was sold by GoldBee.

“We are thrilled to see ToonMarty launch on an international platform,” said GoldBee’s Managing Director, Christophe Goldberger. “Nickelodeon is a great home for this groundbreaking comedy, as it combines hilarious slapstick elements and witty dialogues, and therefore reaches a wide audience. ToonMarty’s humor has a contemporary spirit for a freewheeling and irreverent good time!”

Created by Robin Balzano, Pascale Beaulieu, Paul Stoica and Frederick Wolfe, ToonMarty (40 x 11) follows the madcap adventures of Marty — the giant fiberglass mascot atop ToonMart who gets zapped to life in a freak accident. Free to do as he pleases, Marty is is gung-ho about celebrating all that life has to offer, catching everyone in Toonville up in his wide-eyed enthusiasm.

The series was originally commissioned by Corus Entertainment for its TELETOON networks in Canada (French and English), where it will premiere this May.

“We are privileged to have such great partners as Corus Entertainment and Nickelodeon on board for this series. And the studio is thrilled to introduce ToonMarty to the world; it’s a special moment for us,” added Sardine Prod. President, Ghislain Cyr.

ToonMarty is supported by the Bell Fund, Shaw Rocket Fund and the Canada Media Fund. 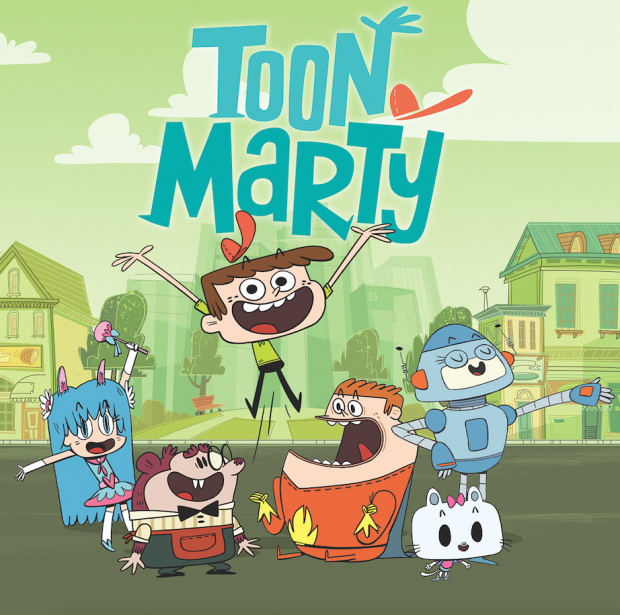