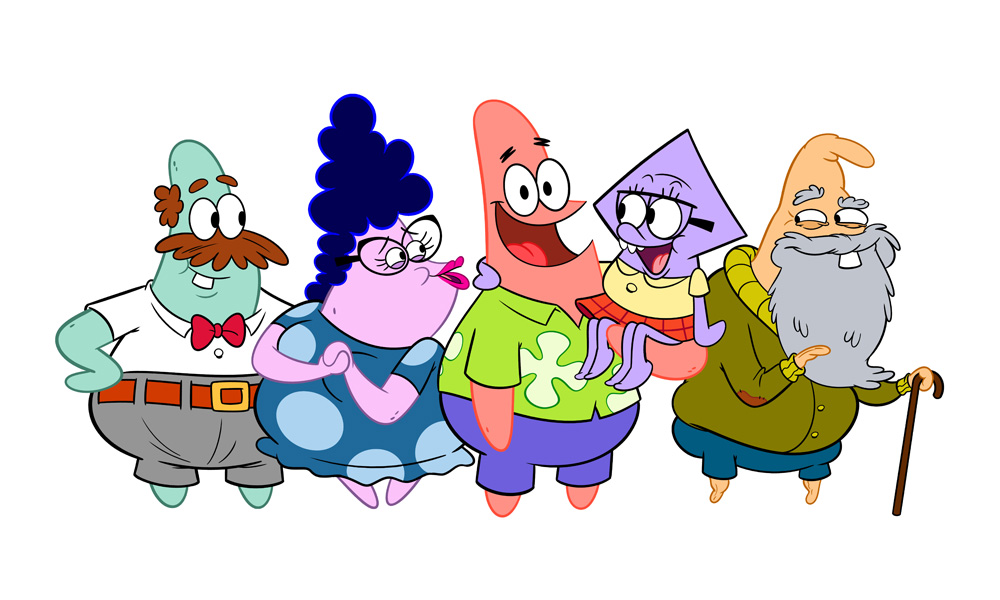 Nickelodeon today revealed a sneak peek of the all-new original series The Patrick Star Show, a family sitcom starring Patrick Star and the rest of his family, as they are constantly disrupted by Patrick’s wild whims and surreal imagination. Produced by Nickelodeon Animation Studio, the 13-episode series will debut this July on Nickelodeon.

The Patrick Star Show is the second spinoff of the number-one animated series SpongeBob SquarePants and follows a younger Patrick Star living at home with his family, where he hosts his own variety show for the neighborhood from his television- turned-bedroom.

Since its launch July 17, 1999, SpongeBob SquarePants has reigned as the number-one animated series on TV for the last 18 years, while generating a universe of beloved characters, pop culture catchphrases and memes, theatrical releases, consumer products, a Tony Award-winning Broadway musical and a global fan base. SpongeBob SquarePants is the most widely distributed property in ViacomCBS Networks International history, seen in more than 170 countries and territories, translated in 30+ languages, and averaging more than 100 million total viewers every month.

SpongeBob SquarePants was created by Stephen Hillenburg and produced by Nickelodeon in Burbank. The character-driven cartoon chronicles the nautical and sometimes nonsensical adventures of SpongeBob, an incurable optimist and earnest sea sponge, and his undersea friends.