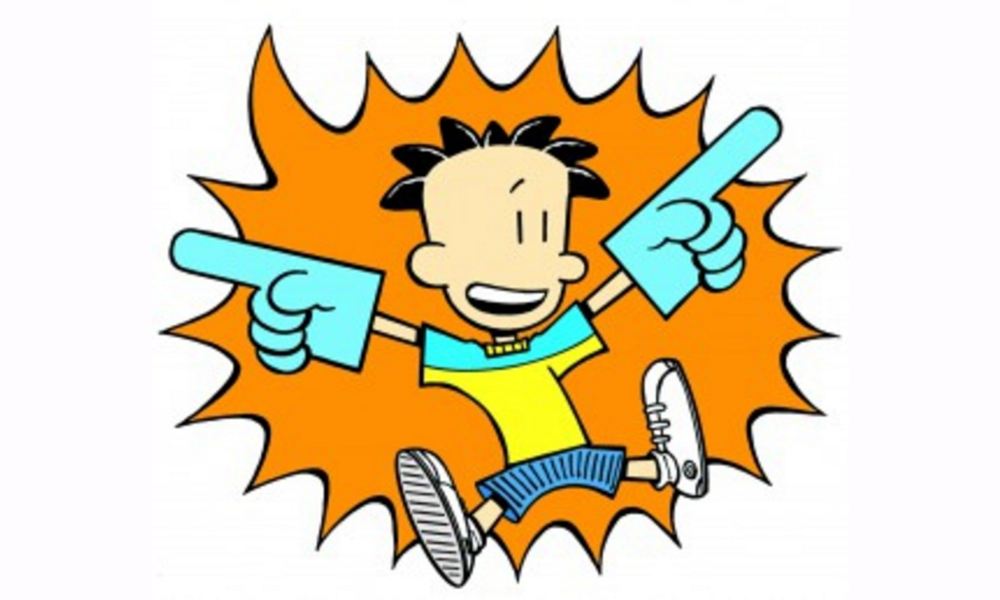 On Wednesday, Nickelodeon detailed its new, wide-ranging content slate for 2020-21, with a brand-new book-inspired animated series amid several live-action originals, including a live-action TV holiday movie based on toon hit The Loud House. The network also announced that the original SpongeBob SquarePants voice cast will return in the new prequel series, and re-ups for several animated favorites.

Greenlit for 26 episodes, Big Nate is an all-new animated series based on the best-selling children’s books from acclaimed author and cartoonist Lincoln Peirce (published by HarperCollins Children’s Books) and comic strip (Andrews McMeel). Produced by Nickelodeon Animation in Burbank, the series is executive produced by Mitch Wilson (All Hail King Julien) and John Cohen (The Angry Birds Movie), with Peirce consulting through development and production. Bridget McMeel is co-producer.

Featuring brand-new storylines, the show follows precocious 11-year-old Nate and his best friends as they navigate sixth grade with humor and style. The kids’ mischievous shenanigans usually result in disaster, detention or both. Whether trying to convince everyone the school is haunted to escape a test, or accidentally setting the pet iguana free in the school’s air ducts, Nate and his friends cause trouble everywhere — and must keep their cool before they get caught.

“Big Nate is a book title I’ve wanted to translate into a series for a long time, and I am so happy this awesome, super-funny character is coming to Nickelodeon,” said Ramsey Naito, Executive Vice President, Animation Production and Development. “All of creator Lincoln Peirce’s slightly unruly, but entirely relatable characters share Nick’s same creative DNA, and we can’t wait for them to join our amazing family!”

“With the greenlight of this show, Nate is getting one step closer to achieving true awesomeness,” said Peirce. “I am thrilled to be collaborating with Nickelodeon on new adventures for this unlikely sixth-grade hero.

Premiering this July, the CG-animated, 13-episode prequel series Kamp Koral: SpongeBob’s Under Years will welcome back the original voice cast of SpongeBob SquarePants for brand-new adventures. The spinoff follows 10-year-old SpongeBob and his pals during their summer at the craziest sleepaway camp in the kelp forest — building underwater campfires, catching wild jellyfish and swimming in Lake Yuckymuck. Marc Ceccarelli and Vincent Waller (SpongeBob SquarePants) are co-executive producers on the Nickelodeon-produced series.

“When our younger characters first meet in Kamp Koral: SpongeBob’s Under Years, there is an instant chemistry among them that could only be conveyed by the incredible talents who have lived and breathed them every day for the last two decades,” said Naito. “We are so excited to have the original SpongeBob cast join our new series, which is incredibly inventive and funny, and visually stunning in CG.”

The Loud House: A Very Loud Christmas! (working title) is an original, live-action TV movie set to premiere in the fourth quarter of 2020. Inspired by the hit animated comedy (recently renewed for a fifth season), the movie is written by Liz Maccie (Siren) and executive produced by Michael Rubiner (The Loud House). Casting is underway.

Synopsis: Lincoln is gearing up for the ultimate Christmas, until he finds out that most of his sisters have plans to be elsewhere for the big day. Determined to remind his family that they all need to be together, Lincoln and his best friend Clyde embark on a mission to sabotage their plans and preserve the family’s holiday traditions.