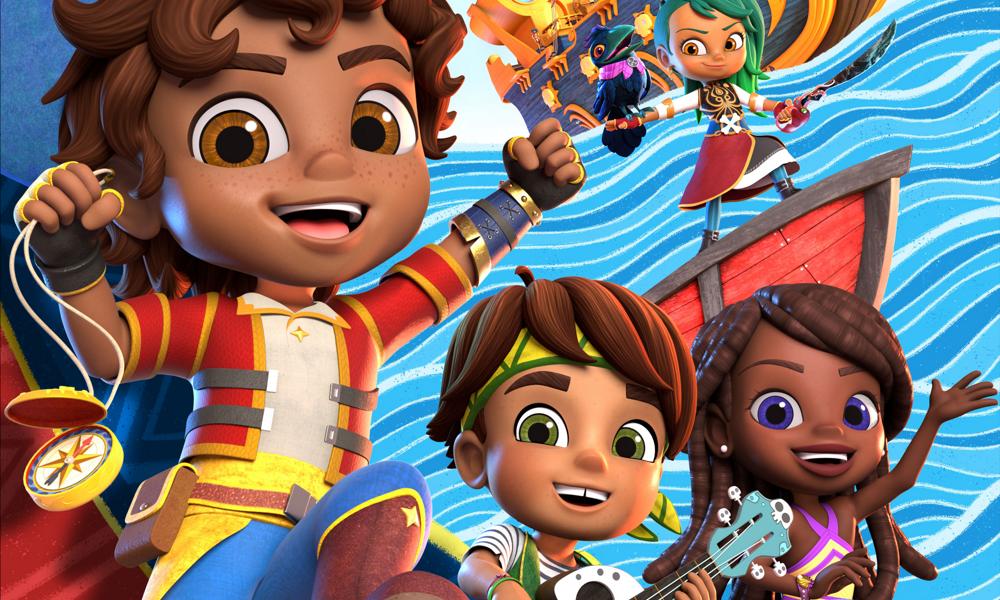 Preschoolers will set sail for swashbuckling adventures in Nickelodeon’s brand-new animated series Santiago of the Seas, premiering Friday, Oct. 9, at 12:30 p.m. (ET/PT). Infused with a Spanish-language and Latino-Caribbean culture curriculum, the action-adventure series (20 episodes) follows eight-year-old Santiago “Santi” Montes, a brave and kind-hearted pirate, as he embarks on daring rescues, searches for treasures and keeps the high seas safe in a fantastical Caribbean world.

Following the U.S. launch, Santiago of the Seas will roll out on Nickelodeon and Nick Jr. channels internationally.

In the series, Santiago’s (Kevin Chacon) steadfast and loyal crew consists of: Tomás (Justice Quiroz), his clumsy energetic cousin whose magical guitar can be used to harness the wind; and Lorelai (Alyssa Cheatham), a knowledgeable mermaid who can speak to sea creatures and transform into a young human girl. Together, Santi and his best mates sail the seas on the majestic ship El Bravo, using their smarts, pirate skills and moral compasses to guard their home of Isla Encanto from villains like the nefarious pirate Bonnie Bones (Kyndra Sanchez) and her Palm Crow sidekick Sir Butterscotch (John Leguizamo).

In the Santiago of the Seas series premiere, “The Legend of Capitán Calavera,” Santiago and his friends become the new pirate protectors of Isla Encanto after discovering the lost treasure of the legendary Capitán Calavera. Following the premiere, NickJr.com and the Nick Jr. App will feature original short-form content and full-length episodes. Episodes will also be available on Nick Jr. On Demand and Download-To-Own services. 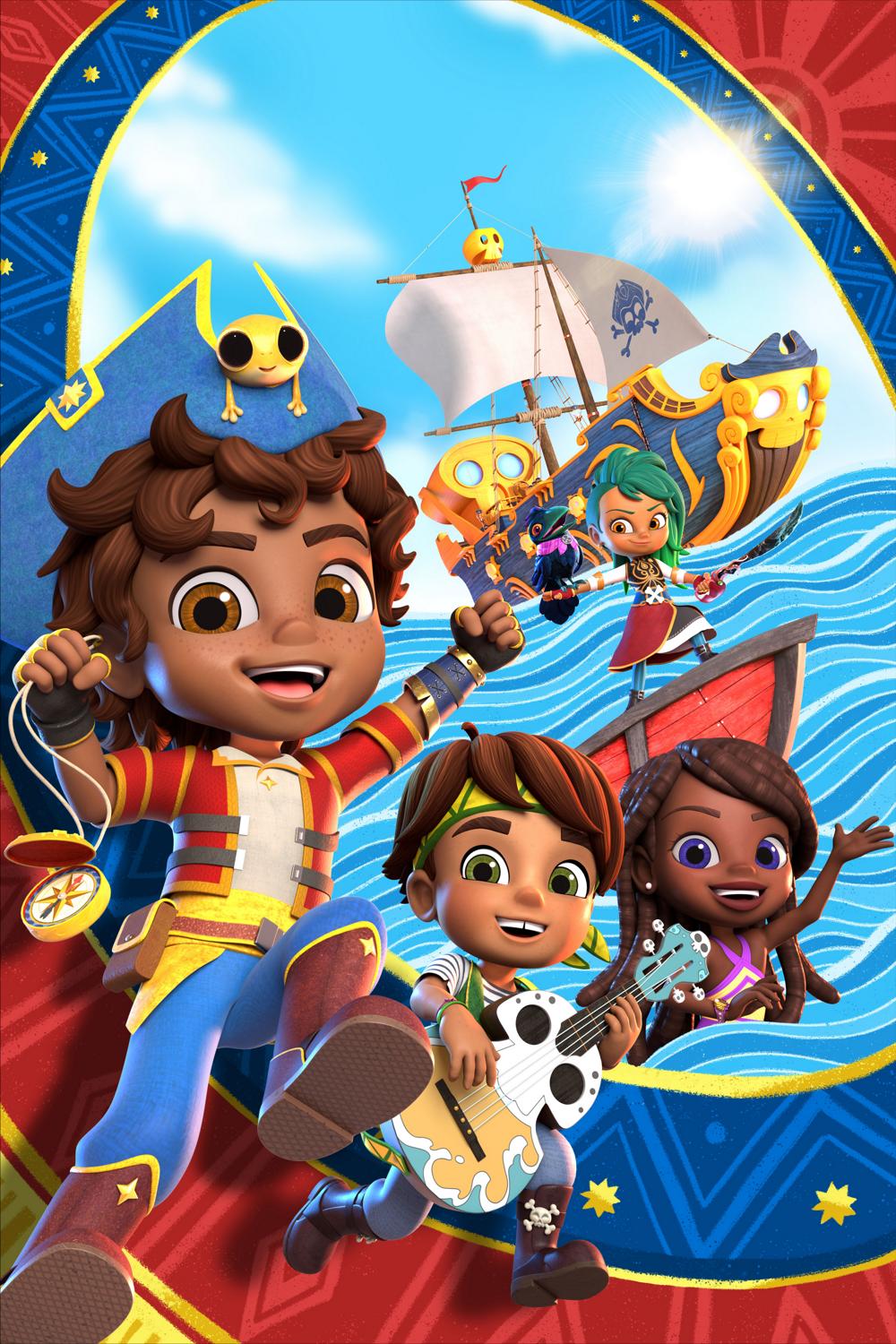