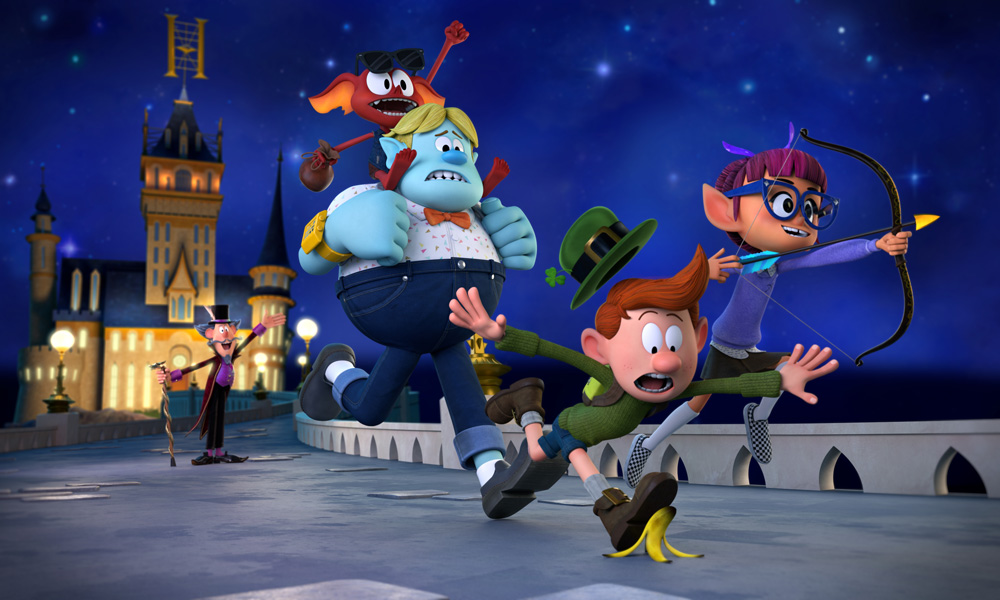 Nick fans will get to meet a new unlikely animated hero in the new Nickelodeon Original Movie Lucky, premiering Friday, March 8 at 7 p.m. ET/PT in the U.S. Arriving just in time for St. Patrick’s Day, the movie follows the hilarious adventures of the unluckiest leprechaun in the world, as he and his pals set out to recover his family’s lost lucky pot o’ gold!

Lucky follows Hap McSweeney (Sizemore), a young leprechaun curse with incredibly bad luck who sees his chance when he discovers that his family’s long-lost lucky pot of gold is in the possession of Fortune City’s luckiest and most mysterious man: Houlihan (Hamill). Hap and his best friends — Shannon (Kosarin), a hotheaded elf; Sammy (Funches), a gentle giant; and Reggie (Borg), a gremlin who loves pyrotechnics — must pull off an amazing heist to get back the gold and the McSweeney’s luck for good!

Head over to Collider to check out the trailer.

You can learn more about director Casey Leonard in the upcoming April issue of Animation Magazine’s Rising Stars of Animation profiles.