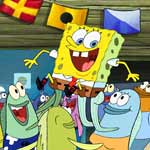 A weeklong Valentine to everyone’s favorite Bikini Bottom-dweller will kick off Monday, February 12 when Nickelodeon launches “I ❤ SpongeBob.” The programming event will celebrate fans’ love for SpongeBob SquarePants with celebrities, Nick stars and real kids coming together to toast the iconic invertebrate and all his pals. Fan-favorite episodes of the nearly 20-year-old series will marathon daily from 4-6 p.m. ET/PT, with new episodes premiering each night at 6 p.m. through Friday, Feb. 16.

Classic episodes set to air include the pilot “Help Wanted,” where SpongeBob interviews for his job at the Krusty Krab; “Band Geeks,” where Squidward tries to create a marching band; “F.U.N.” featuring the ever popular song; and “Ripped Pants.” F

The first brand-new episode, “Chatterbox Gary” premieres on Monday. In it, SpongeBob kits his pet snail Gary out with a translation collar and gets him talking up a storm. Everyone loves it! … Except Squidward. Gary is voiced by guest star Keith David (“Sal Commander” in Teenage Mutant Ninja Turtles, “Dr. Facilier” in The Princess and the Frog). Check out a clip below! 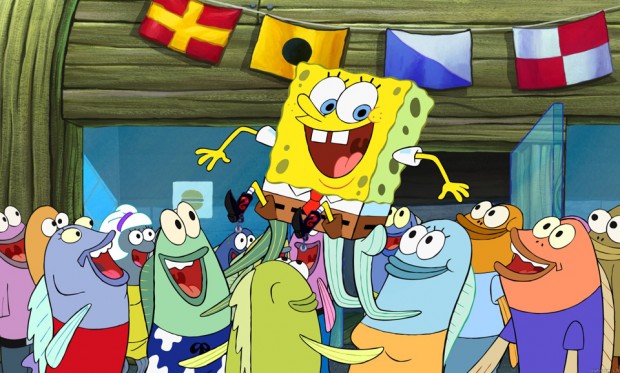 OK, It’s Worth It! First ‘Isle of Dogs’ Clip Unleashed
Monster Sends ‘Earth to Luna’ Rocketing Around the Globe