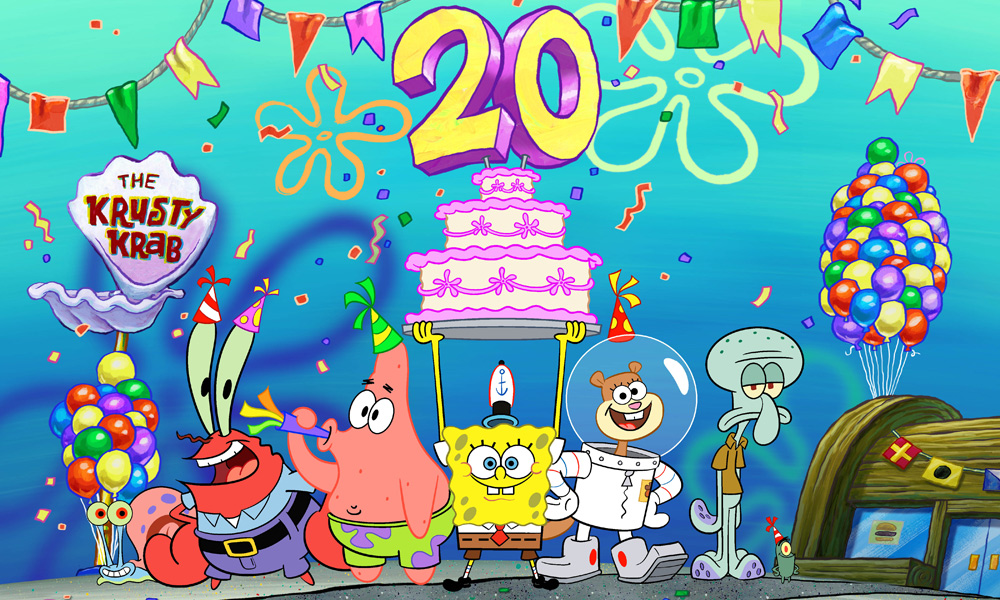 As Nickelodeon prepares to bring SpongeBob SquarePants’ Bikini Bottom to life at Comic-Con International San Diego (July 18-21), the network has announced the pick up for a 13th, 13-episode season of the hit animated series. The news comes on the heels of Nickelodeon’s original live-action and animated special, “SpongeBob’s Big Birthday Blowout” on Friday, July 12, which drew 2.2 million total viewers in its 7 p.m. simulcast across Nickelodeon, TeenNick and Nicktoons.

“SpongeBob’s Big Birthday Blowout” kicked off the 20th anniversary celebration of one of the most iconic and TV series and characters ever created. The mixed live-action and animated special, featured for the first time the celebrated voice talent behind SpongeBob, Patrick, Mr. Krabs, Sandy, Squidward and Plankton playing live-action doppelgänger versions of the animated characters they voice. SpongeBob SquarePants is created by Stephen Hillenburg and produced by Nickelodeon in Burbank, Calif.