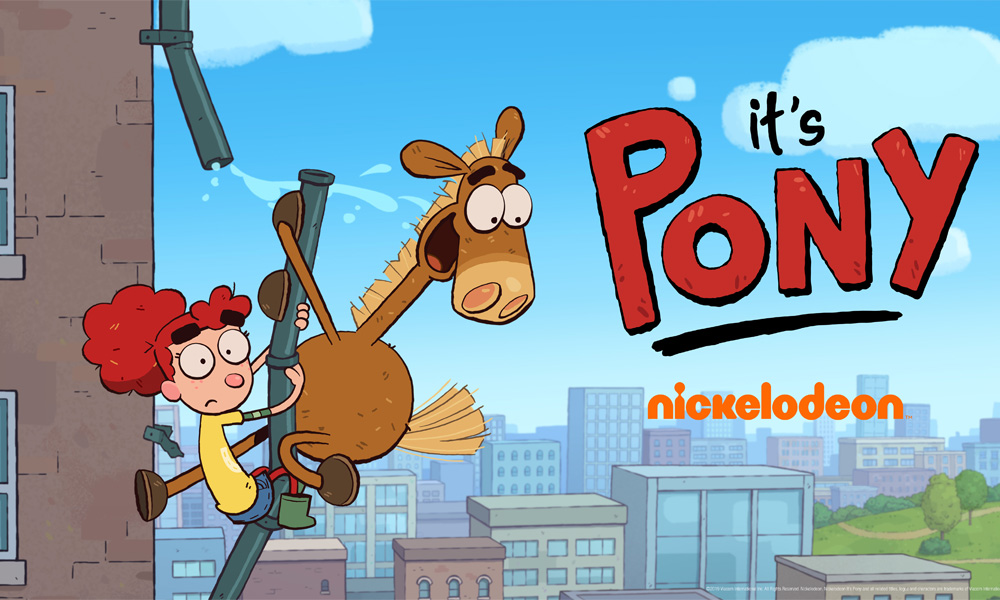 Life is more exciting, fun and unpredictable with a pony, as viewers will discover Nickelodeon’s brand-new original animated series It’s Pony, premiering Saturday, January 18. The 20-episode series follows the comedic adventures of Annie and her best friend, who just so happens to be an enthusiastic, unpredictable and carefree pony. Following its premiere, It’s Pony will continue to air Saturdays on Nickelodeon and will air internationally in April 2020.

The series stars Jessica DiCicco (Adventure Time) as Annie, an optimistic and determined farm girl living in the city with her family and best friend Pony; Josh Zuckerman (Strange Angel) as Pony, who is naïve and impulsive, but loves Annie more than anything; Abe Benrubi (E.R.) as Dad, who treats Pony as a nuisance, but recognizes the special bond he shares with Annie; and India de Beaufort (All Hail King Julien) as Mom, who loves Annie and Pony’s relationship and always has a new project in the works.

Throughout the season, the series will explore the everyday life and hijinks of two best friends whose optimism and enthusiasm turn any situation from ordinary to extraordinary. Whether making an epic quest down the street to mail a letter, heroically saving the local playground with a bake sale, or simply getting a haircut, Pony and Annie always stick together because life is better as a pair.

Created by Ant Blades, It’s Pony is inspired by a short from Nickelodeon’s 2015 International Animated Shorts Program. A pre-released episode will be available starting Wednesday, Dec. 25 on the Nick App, Nick On Demand and YouTube.