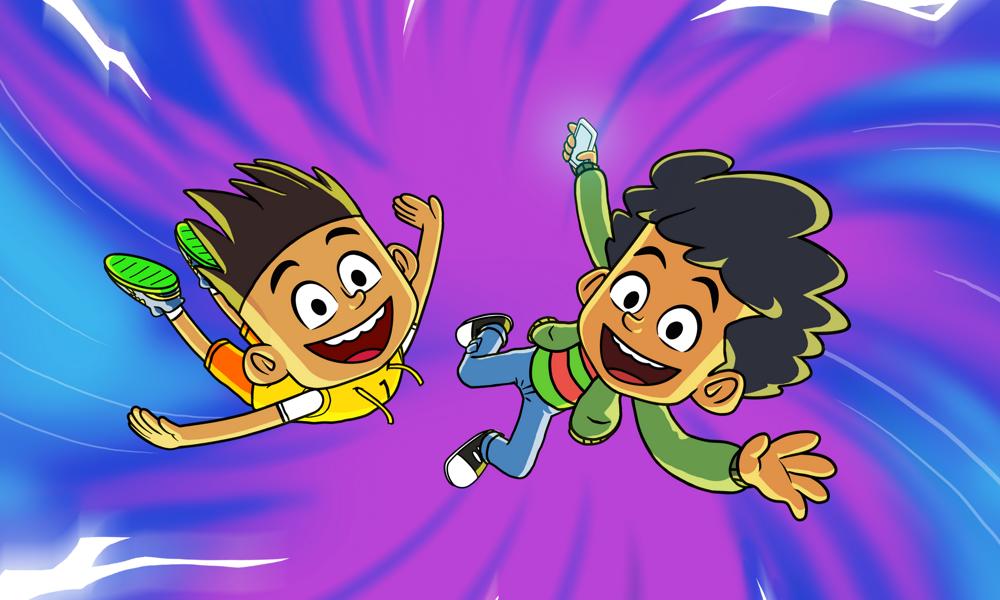 The Twisted Timeline of Sammy & Raj

Nickelodeon International is teaming up with Nickelodeon India, a part of Viacom18 that is a joint venture between ViacomCBS and Network18, to co-produce The Twisted Timeline of Sammy & Raj. The new series marks the first collaboration between the top kids’ entertainment brand and the leading Indian kids’ category brand from India’s fastest growing entertainment network.

“The popularity of international content is on the rise, and Nickelodeon is focused on meeting the rising demand for diverse, creative stories for a global audience. This groundbreaking partnership with Viacom18 goes beyond kids’ content, as we look to embrace greater diversity both on-screen and behind the camera,” said Jules Borkent, Executive Vice President, Kids & Family, ViacomCBS Networks International.

Currently in production with Nickelodeon India, The Twisted Timeline of Sammy & Raj is slated to roll out across Nickelodeon International in 2021. With a mysterious time-altering app at their fingertips, the series follows the reality-bending adventures of a pair of cousin-brothers, as they pause, rewind, fast-forward and slow-motion their way into a whole host of rowdy laugh-out-loud exploits.

Nina Hahn, SVP International Production & Development, Nickelodeon International, said, “In the creative world, geographic borders have diminished, as more content is drawn by the hands of global artists from every corner of the world. The idea for this series was developed in collaboration with the team in India as we sought a way to fuse western and eastern storytelling elements. Indian culture is very much a part of this series’ DNA, and we are eager to share those elements with our global audience.”

The international collaboration is underway on the new 20 x 30′ 2D animated series, with animation and storyboards developing in India, scripting in progress in the U.S. and U.K., and casting initiated in the U.S.

“Over the years, Nickelodeon India has created successful local IPs and characters that kids love. This partnership with Nickelodeon International has gone beyond the border lines of creativity and stands testimony to the success of Nick India and Nick International in creating groundbreaking content. It further reinforces the capability of the Indian Animation Industry. We are happy to partner with Nickelodeon International for this show and look forward to working together in creating this series for kids across the world,” commented Nina Elavia Jaipuria, Head of Hindi Mass Entertainment & Kids TV Network at Viacom18.

Anu Sikka, Head Creative, Content & Research, Kids TV Network at Viacom18, added, “Kids’ imaginations and aspirations are universal and it’s this learning that has brought this show to life. The series will be showcasing stories that kids around the world will find relatable and engaging, hopefully opening up more opportunities for future collaboration. Our efforts are to make sure that kids get to experience the best of animation and that this show will stir their imagination and transport them into a new world of adventure.”

The Twisted Timeline of Sammy & Raj is being overseen by Sikka and by Chris Rose, VP Animation for Nickelodeon International. Head writer is Jordan Gershowitz, whose TV animation writing credits include The Tom and Jerry Joy, Gigantosaurus, Taffy and Rainbow Butterfly Unicorn Kitty.