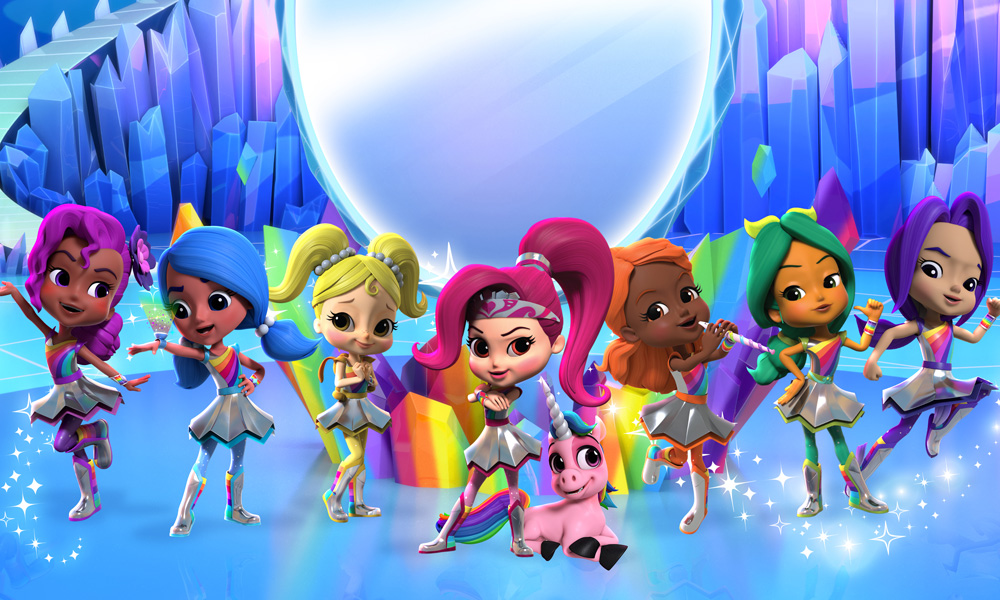 Following the successful premiere of season one of the new animated preschool series, ​Rainbow Rangers​ ​(52 x 11’) on Nick Jr., Genius Brands International has been given the greenlight by Nickelodeon to produce season two, for a full order of 52 x 11-minute episodes.

“The kid’s preschool marketplace is extraordinarily competitive,” said Genius Brands Chairman & CEO Andy Heyward. “The greenlight of season two on Nick Jr. for an additional 52 episodes of Rainbow Rangers is a definitive statement of the powerful viewer reaction to the property as a bona fide hit.”

Shelly Hirsch, CEO & Founder of Beacon Media, the largest children’s media buying service in the U.S., said, “Rainbow Rangers showed strong appeal from the moment it went on air. We believed it would be a hit, and believe it has a long future as a successful program and robust and successful line of consumer products.”

In addition to Nick Jr., Genius Brands has begun selling the series internationally. Based on Rainbow Rangers’ performance on Nickelodeon in the U.S., Genius Brands recently opened an office in London to service the growing global demand. In the key demos of kids ages 2-5 and 6-11, Rainbow Rangers has consistently retained its audience and grown from its lead-in shows across a variety of different time periods in which it has been placed for broadcast. Additionally, Rainbow Rangers has drawn almost as many boys as girls, making it particularly desirable

“This is only the beginning for Rainbow Rangers as we continue to build the brand globally both on-air and in-store with our retail program coming to market beginning in fall,” Heyward added. “We expect to see significant growth over the next two years with revenues beginning in Q4 of 2019. Revenues will come not only from the production of our animated series but also the rollout of products as well as merchandise licensing fees. Our library assets are growing substantially and will increase shareholder value.”

Rainbow Rangers debuted on Nick Jr. in November, and airs Monday through Friday in the afternoon as well as on Sunday mornings. The series follows the the rescue-based adventures of seven girls who are Earth’s first responders, protecting people, animals, resources, and the natural beauty of our world. The Rainbow Rangers, who live in the magical land of Kaleidoscopia at the other side of the rainbow, have their distinctive personalities and superpowers. Whenever there’s trouble for the people or animals of Earth, our seven heroines zoom into action and ride their Spectra Scooters across the rainbow to save the day.