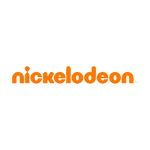 Nickelodeon is planning a holly-jolly holiday line-up of hit live-action, animation and preschool series, kicking off Saturday, November 28 for a month-long bonanza of premieres and specials.

After ruining Lundgren’s Huggle Day celebration, Sanjay and Craig set out to right their wrong with the help of movie hero Dolph Lundgren (voicing himself).  With his help, Sanjay and Craig journey to find Huggle Bunny and discover the true meaning of Huggle Day.

Pig searches the sewers for Filthy the Foot. Banana is forced to shop for Chalawunga gifts. Goat is determined to sing her song in the Chalawunga Parade and Cricket creates Mecha Foot for Pig.

It’s Christmas Eve, and Blaze and AJ are helping Santa and his elves load his magic bag full of presents to deliver all over the world.  Crusher tries to sneak into the bag, knocking it over and sending all the world’s presents flying away.  Now it’s up to Blaze, AJ, and Crusher to rescue the presents and deliver them before Christmas morning. Guest starring Carl Reiner.

It’s Christmas Eve and Leah forgot to mail Zac’s letter to Santa.  When she calls on Shimmer and Shine to help deliver the letter, they transport her to the North Pole where Leah can deliver it to Santa in person.  After she accidentally wishes Santa to a tropical island, it’s up to Shimmer and Shine to deliver the presents and save Christmas genie-style. Carl Reiner guest stars as Santa.

SwaySway and Buhdeuce stay up all night waiting for Santa Crust to come while reading each other quazy holiday stories and singing Crustmas Carols.

Through the month of December, TeenNick will air holiday movies each Saturday at 2 and 8; and Nicktoons will also run seasonal flicks Fridays at 9 p.m. Also, from Dec. 12 through 27, Nicktoons will gift viewers with marathons of old favorites Catscratch, The Mighty B!, The X’s, El Tigre, Barnyard, Danny Phantom, My Life as a Teenage Robot, Jimmy Neutron and Invader Zim. 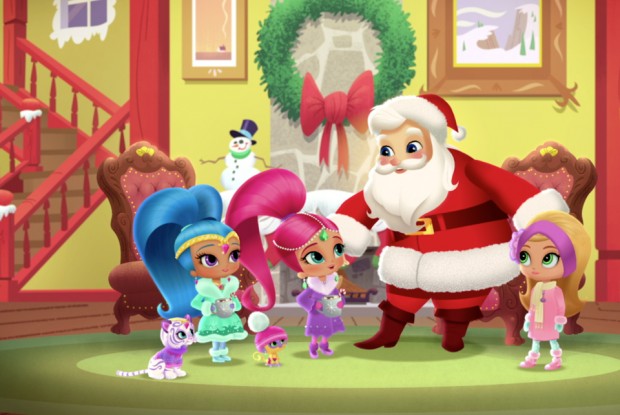 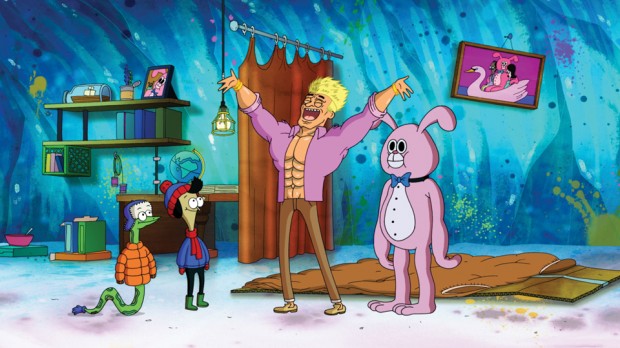 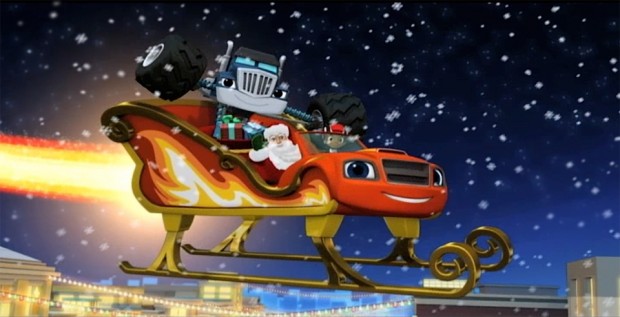