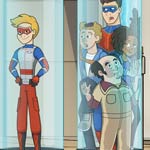 Nickelodeon will continue the exciting exploits of Henry Hart in all-new animated adventures when The Adventures of Kid Danger premieres Friday, January 19 at 6:30 p.m. ET/PT. The series follows heroic Kid Danger and Captain Man as they battle bizarre criminals and super villains with their sharp wits and amazing skills. New episodes will roll out in the same timeslot.

The 10 x half-hour series is based on the characters from TV’s top kids’ series, Henry Danger, and will reveal brand-new areas of the superheroes’ cool HQ for the first time — including the Man Cave tube system they use to launch into crime-fighting adventures, and the Man Hanger full of crime-fighting vehicles and gadgets. Powerhouse Animation produces the show, having delivered the 2015 short-form digital series.

The series premieres with “Popcorn Monster,” when Ray and Henry’s cloning experiment to create two identical pieces of popcorn accidentally creates the Popcorn Monster, it’s up to Captain Man and Kid Danger to take it down. Next in “Game of Drones,” Ray says he doesn’t want to enter the Swellview Drone Dash because Dr. Minyak always wins, so Schwoz hatches a plan to shrink Kid Danger and have him pilot his own drone.

Fans can catch a sneak peek on Mon., Jan 15 at 7:30 p.m., preceded by a special Henry Danger episode “Toon in for Danger,” in which our heroes get a troublesome advance copy of the new cartoon and must fix it up before the big premiere party. The two-part premiere episode will be available on the Nick App and Nick.com, for download and on demand from Jan. 5-13; it will also be available for digital purchase through major outlets. 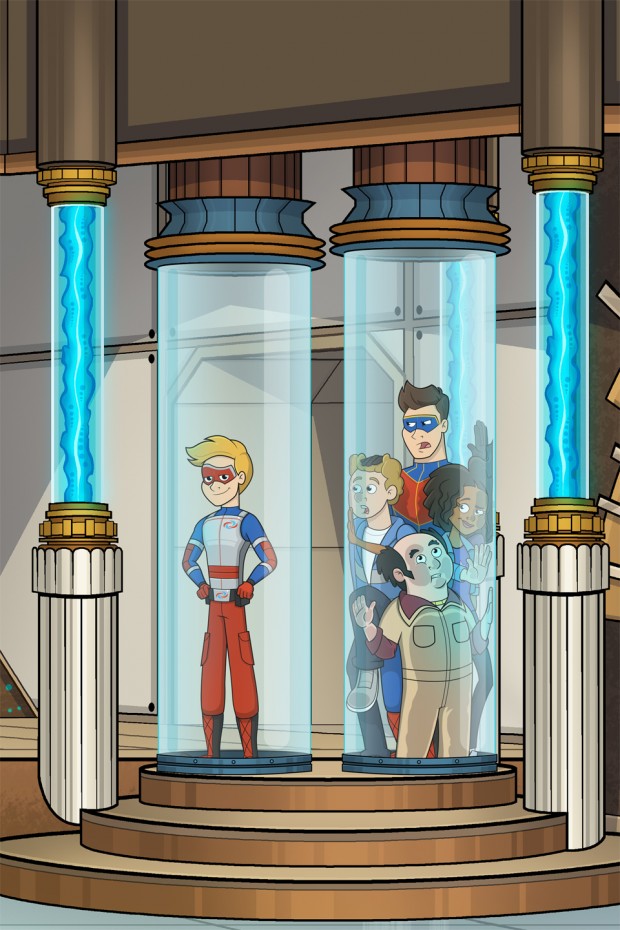 The Adventures of Kid Danger