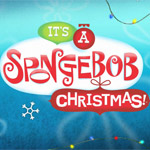 SpongeBob fans were thrilled to learn that their favorite Bikini Bottom-dwelling character will star in his first full-length stop-motion animated special It’s A SpongeBob Christmas!, this holiday season. Inspired by the classic Rankin/Bass (Rudolph the Red-Nosed Reindeer, Santa Claus is Comin’ to Town) specials, and the popular SpongeBob song released in 2009, “Don’t Be a Jerk, It’s Christmas,” written by Tom Kenny (voice of SpongeBob) and Andy Paley, the new show is animated by the talented team at L.A.’s Screen Novelties studio.

Here is the new stop-motion trailer: