Eastern Broadcasting Asia (Taiwan) has picked up season 3 of Panda and Penguins, plus season 1 of Monsters, for the Asia Pacific region. Medialink Entertainment (Thailand) has also nabbed 26 episodes of Panda season 2. In Latin America, ATB (Bolivia) has signed on for Panda season 3 and Monsters season 1; Canal 10 (Uruguay) has picked up the first seasons of Monsters and Penguins; and Teleamazonas (Ecuador) went for seasons 1 and 2 of Panda and season 3 of Penguins.

On the other side of the world, Ireland’s pubcaster RTE and Italy’s Boing will both carry season 2 of Panda and season 3 of Penguins, while Iceland’s 365 Media has re-licensed seasons 1 and 2 of Penguins. New Zealand broadcaster TVNZ has also snapped up season 2 of Panda and seasons 2 and 3 of Penguins. And finally, Kung Fu Panda is proving a hit in emerging markets, with Atlantic Pictures grabbing season 2 for Africa and Markiza in Slovakia opting for all three seasons. 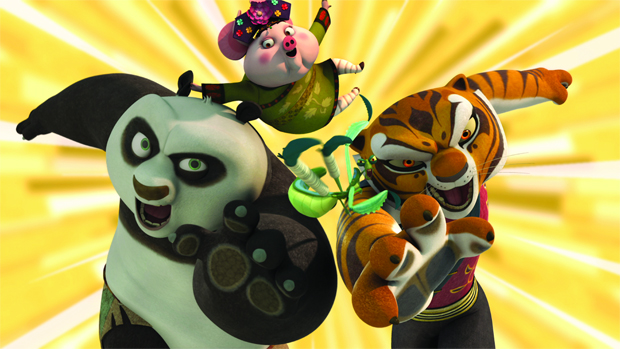