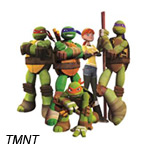 Rounding out the cast in the series’ key roles are: Mae Whitman (Parenthood) as April O’Neil, a gutsy and independent 16-year-old who befriends the Turtles after they save her from an alien attack; Hoon Lee (Royal Pains) as “Master Splinter,” the Turtles’ sensei and father figure and Kevin Michael Richardson (Penguins of Madagascar) as Shredder, the commander of an evil ninja army called the Foot Clan and one of the deadliest martial artists in the world.

Nickelodeon’s Teenage Mutant Ninja Turtles begins as the turtles emerge from their hidden lair in the sewers for the very first time, ready to confront the wondrous and hostile world of New York City and face enemies more dangerous and pizza more delicious than anything they could have imagined. Funnier and with more Ninjutsu than ever before, the show will explore the companionship of four teenage brothers learning to rely on themselves and one another as they unravel the mystery of their existence and grow to become the heroes in a half-shell that they are destined to be. The premiere episode was executive produced by Ciro Nieli, Joshua Sternin & Jeff Ventimilia and Peter Hastings. 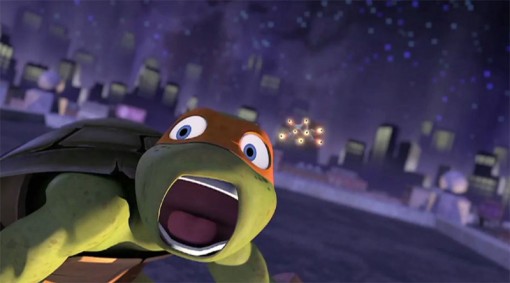 Considered one of the most popular kids’ television programs of the 1980s, Teenage Mutant Ninja Turtles is a classic, global property created in 1984 by Kevin Eastman and Peter Laird. It first debuted as a successful comic book series and then became a hit animated TV show, a live-action television series and later spawned four blockbuster theatrical releases. The property also has translated into a significant consumer products business—with DVDs, video games, toys and more–that has generated billions of dollars at retail. 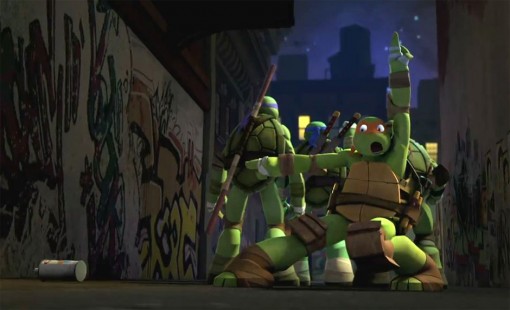