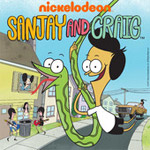 Nickelodeon has released a nine-minute featurette about its new animated series Sanjay and Craig available exclusively on iTunes free of charge.

Titled The Adventures of Sanjay and Craig, the bonus featurette provides a behind-the-scenes look at the series ahead of its on-air premiere, set for May 25. The full 20-episode series follows the adventures of 12-year-old Sanjay (Maulik Pancholy, 30 Rock) and his smooth-talking snake (Chris Hardwick, Nerdist, The Talking Dead). The featurette is narrated by Matt Jones (Breaking Bad), who also lends his voice to the series as Sanjay’s eye-patch-wearing friend.

Sanjay and Craig is created and co-executive produced by Jim Dirschberger, Jay Howell and Andreas Trolf. These first-time creators were paired with award-winning writers and producers Will McRobb and Chris Viscardi (The Adventures of Pete & Pete, Alvin and the Chipmunks) to develop this original animated series. You can read all about the making of this fantastic new show in the next issue of Animag.

You can view the featurette here: 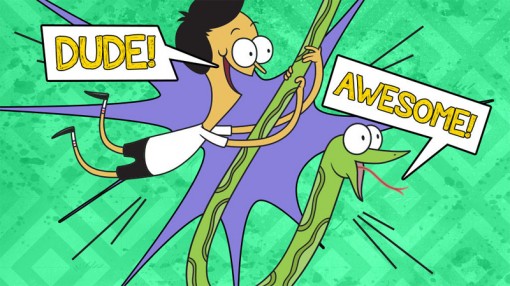