PGS Entertainment has announced that Nickelodeon has picked up the new CG-animated series ALVINNN!!! and The Chipmunks to be broadcast on over 70 Nick channels around the world (excluding North America and Brazil). The series, created by Janice Karman and produced by Bagdasarian Productions and OuiDO! Productions, has been optioned for two seasons (104 x 11 total) which will begin airing on international Nick outlets in early 2015.

The new series marks the musical rodent franchise’s return to TV after a 20-year hiatus and will offer a fresh look at the classic adventures of Alvin, Theodore, Simon and the Chipettes. Plus, each episode will feature an original song from Bagdasarian. Karman and Bagdasarian previously produced the original 1980s 2D series and the three CG/live-action flicks which have raked in nearly $2 billion. PGS represents ALVINNN!!! worldwide, excluding the U.S. and France. The show was commissioned by France’s M6. 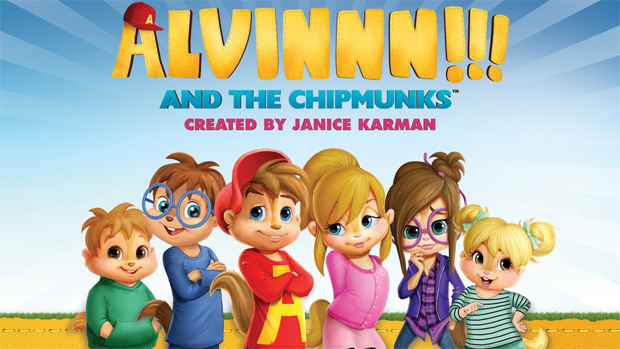