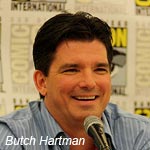 Butch Hartman’s hit animated series T.U.F.F. Puppy has been picked up for a third season with a 20-episode order by Nickelodeon.  The clever series, which premiered in October of 2011, has been a ratings smash for the cabler, averages 2.6 million viewers, taking the Number 2 spot, right behind SpongeBob SquarePants.

Featuring the voices of Jerry Trainor, Grey DeLisle, Jeff Glen Bennett and Daran Norris and a catchy theme music by Adam Schlesigner, the retro show follows the adventures of a secret agent pooch (voiced by Trainor)  and his reluctant parter Kitty Katswell, who work for the Turbo Undercover Fighting Force agency. It’s been a great summer for Hartman, who also scored a major ratings win with the live-action movie adaptation of his toon The Fairly OddParents a couple of weeks ago. 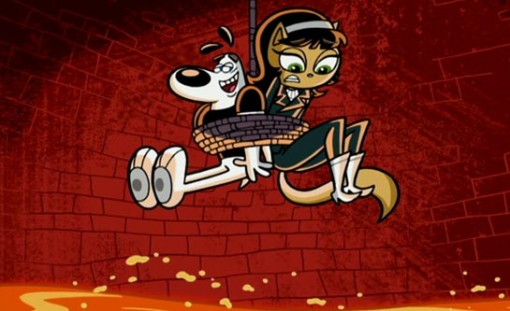 Here’s a great clip of Hartman hanging out with Jace Diehl. at Comic-Con last week: