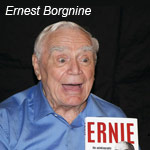 The marathon kicks off with the first episode featuring Borgnine–“Mermaid Man and Barnacle Boy.” While watching their favorite show, reruns of the TV duo superhero show Mermaid Man and Barnacle Boy, SpongeBob and Patrick hear that their beloved heroes are living in a nearby retirement home. The aging superheroes discover their toughest challenge yet will be SpongeBob and Patrick, who have decided the duo must come out of retirement.

The special programming block continues with “Mermaid Man II,” “MermaidMan and Barnacle Boy III,” “Superfriends,” “Back to the Past,” “The Bad Guy Club for Villains” and “Mermaidman Begins.”

In 2010, Borgnine told the Television Academy Foundation about a recent speech he gave at the National Press Club, followed by a meet-and-greet with a group of Girl Scouts.

“I asked [the girls] how many of you have seen my pictures?” he recalled. “They said nothing. Zilch. Suddenly I had a brain storm. I said ‘How many of you know SpongeBob?’ Yes! I said ‘Well I happen to play Mermaid Man.’ I was in!” Regarding Mermaid Man’s very distinctive delivery of the word “evil,” Borgnine recalled, “My voice cracked when I was saying ‘evil’ and I said, ‘By golly, we started something!'”

The prolific Oscar-winning actor died on Sunday from kidney failure at the age of 95. 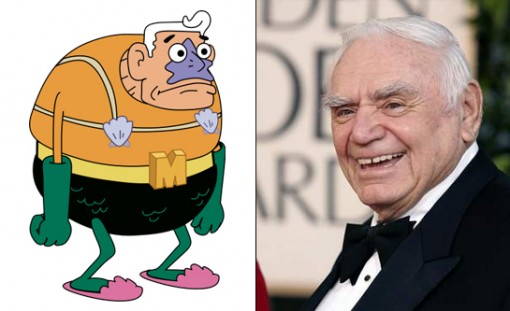