Nickelodeon is planning an all-day SpongeBob SquarePants marathon this Monday (September 3) from 9 a.m. to 8 p.m., which will end with a special airing back-to-back new episodes “Squid Baby” and “The Good Krabby Name,” premiering at 7:30 p.m. (ET/PT).

SpongeBob fans can continue to get their nautical fill throughout the week from 5:00 p.m. – 6:00 p.m. (ET/PT) with back-to-school episodes airing daily. This week of under the sea fun all leads up to the premiere of “License to Milkshake” featuring guest voice Michael McKean (This is Spinal Tap; Planes, Trains & Automobiles) on Friday, Sept. 7, at 8:00 p.m. ET/PT. In this new episode, SpongeBob learns his milkshake license has expired and is forced to go back to the milkshake academy. McKean voices the academy instructor. 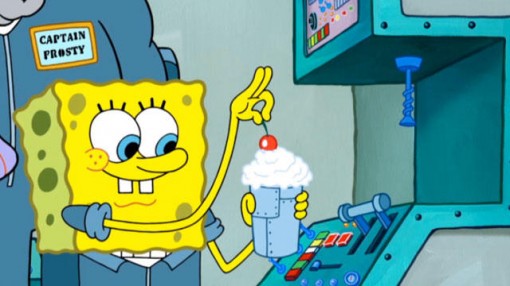