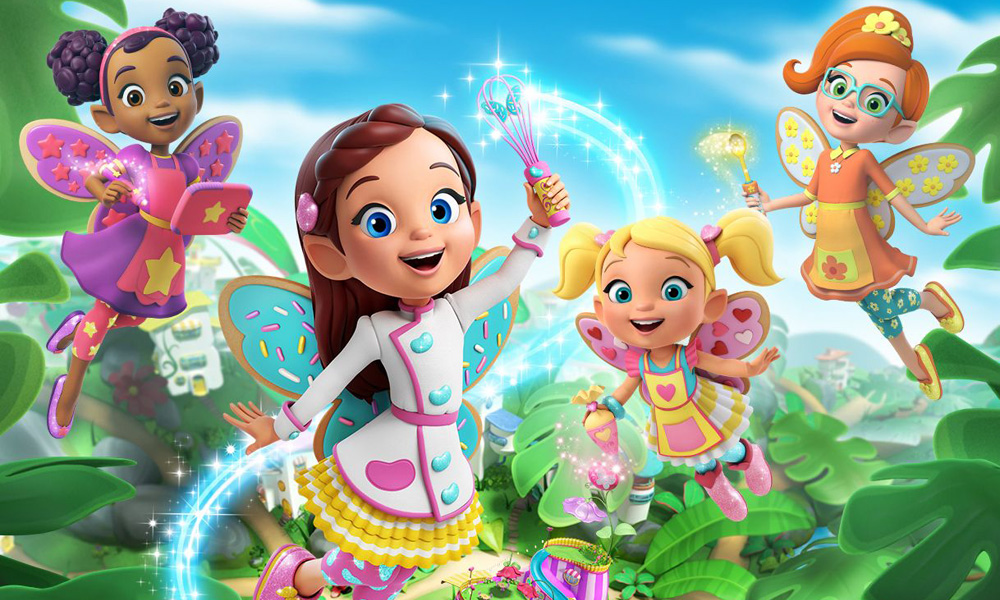 In Butterbean’s Café, the little chef together with her fairy friends — Dazzle, Poppy and Jasper — and her little sister, Cricket, take pride in serving up healthy snacks and sweet treats to the residents in their community of Puddlebrook. Butterbean’s special magic beans, the fairies’ enchanted kitchen tools and the team’s can-do spirit all combine to make their cafe the most awesome eatery in town. In the series premiere, “The Grand Opening!,” Butterbean and her friends work together to make the opening of the café a success, while competing café owner Ms. Marmalady attempts to throw them off track

Leading up to the linear series premiere, an all-new full-length episode and short-form content are available now on NickJr.com and the Nick Jr. App. Following its U.S. launch, Butterbean’s Café will roll out on Nickelodeon’s international channels and branded blocks throughout 2019.