Nickelodeon is continuing to mine the ore of its classic ’90s content, announcing two major projects: a live-action TV movie inspired by iconic game show Legends of the Hidden Temple, and a two-part animated Hey Arnold! TV movie, written and executive produced by the original series’ creator Craig Bartlett.

The Hey Arnold! project, first announced in development last year, will pick up where the show ended, resolving unanswered questions and plotlines, including Arnold finally getting the answer about the whereabouts of his missing parents. The two hour-long TV movies are being produced by Nickelodeon Animation Studios in Burbank and are set for a 2017 debut.

“The greenlights for the Legends of the Hidden Temple and Hey Arnold! TV movies are terrific examples of how we are bringing our beloved content back to life both for new audiences and the generation that grew up on them,” said Cyma Zarghami, President, Viacom Kids and Family Group. “These TV movies will keep the spirit and essential themes of the original source materials intact, while branching out in new ways that will speak to and captivate today’s kids.”

The Legends of the Hidden Temple TV movie is being directed by Joe Menendez (From Dusk Till Dawn: The Series) and written by Jonny Umansky & Zach Hyatt, and Alex Reid. Elements of the original game show — the talking head Olmec, The Steps of Knowledge, the temple entrance and launching pad, and the green monkey, red jaguar and silver snakes — will be incorporated into the story of three siblings on a life-or-death mission. Isabela Moner stars. 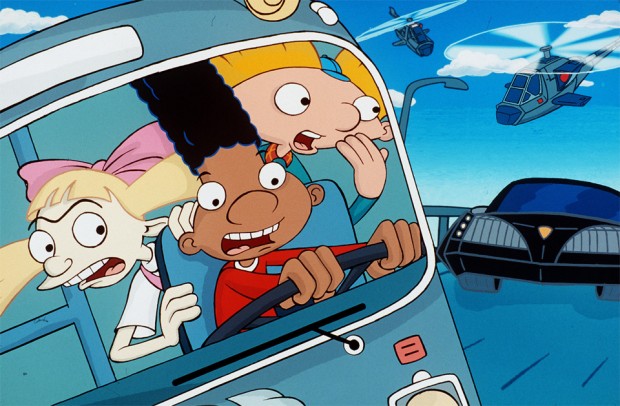