Bad Seeds (26 episodes) – Harvey, a sweet and well-meaning bird, makes two new best friends, Fee and Foo, the wildest kids in the forest. Although their friendship seems unlikely, their connection only grows as they push each other out of their comfort zones and into endless adventures. Created, written and directed by C.H. Greenblatt (SpongeBob SquarePants, Chowder).

Pig Goat Banana Cricket (26 episodes) – This show features a series of absurd interwoven stories about four friends and roommates, Pig (the fool), Goat (the artist), Banana (the wise-guy) and Cricket (the brain). Created by Dave Cooper and J. Ryan and executive produced by David Sacks (The Simpsons, Regular Show) who co-writes with J. Ryan. Dave Cooper also art directs the series and the pilot was directed by independent animator Nick Cross.

Welcome to the Wayne – An animated comedy about two adventurers set in the lobby of the weirdest apartment building on the planet. Created and written by Billy Lopez (The Wonder Pets!). 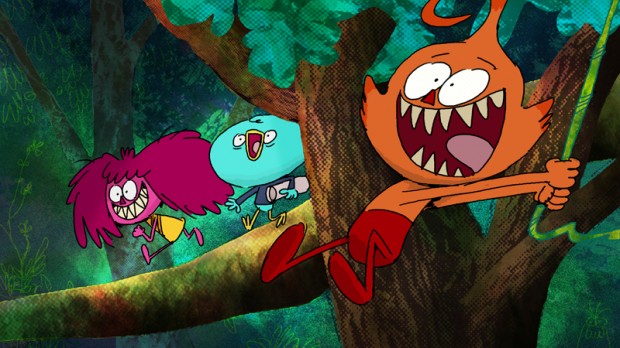 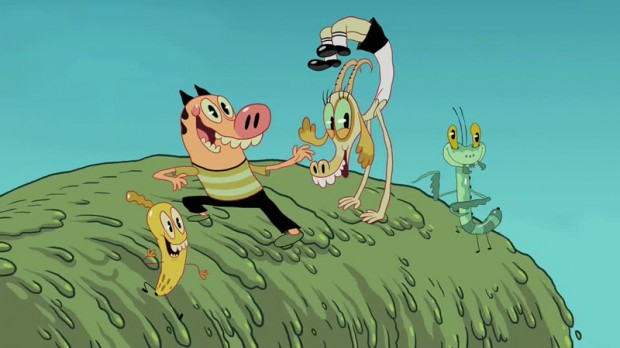