Nickelodeon wants more Rabbids adventures. The kids’ cabler announced today that it has greenlit the second season of Ubisoft’s CG-animated Rabbids Invasion series. The popular toon follows a mysterious breed of creatures known as Rabbids who often create mayhem and chaos whilst exploring the human world. While still continuing to discover new things, places, animals and creatures on Earth, the second season storyline will introduce a recurring goal for the Rabbids – get to the moon! New episodes will debut in mid 2014.

“Our partnership with Ubisoft’s one-of-a-kind creatures has generated much success and laughter over this past year. Bringing them to Nickelodeon proved to resonate with our audience, and we look forward to continuing the wild and zany adventures for a second season,” said Nick’s president of content development and production Russell Hicks.

“Partnering with Nickelodeon has been an excellent opportunity for Ubisoft Motion Pictures to share and expand the Rabbids brand to a television audience,” said Jean-Julien Baronnet, Chief Executive Officer, Ubisoft Motion Pictures. “Securing the second season of Rabbids Invasion validates its strength and potential and we know the show will continue to entertain and delight viewers with each new episode.”

Viewers can also log on to nick.com/rabbids for new content, games and other extras including “Rabbids Sing the Classics,” where the wacky creatures sing their rendition of the popular song “Heart and Soul,” “Can You Find the Rabbid?,” an unexpected spotting game, and “The Right Way vs. The Rabbid Way,” where the Rabbids show fans their versions of completing tasks.

Created and produced by Ubisoft Motion Pictures, the CG-animated toon brings to television the hysterical physical comedy that is the hallmark of the wildly successful Rabbids video games. Created in 2006, the wacky, mischievous Rabbids have become a global sensation with over 14 million video games sold worldwide and hundreds of licensed products that feature the Rabbids characters. Viral videos starring the Rabbids have attracted more than 72 million views on YouTube. The Rabbids phenomenon currently extends across multiple genres including parodies, videos, illustrations and consumer products. 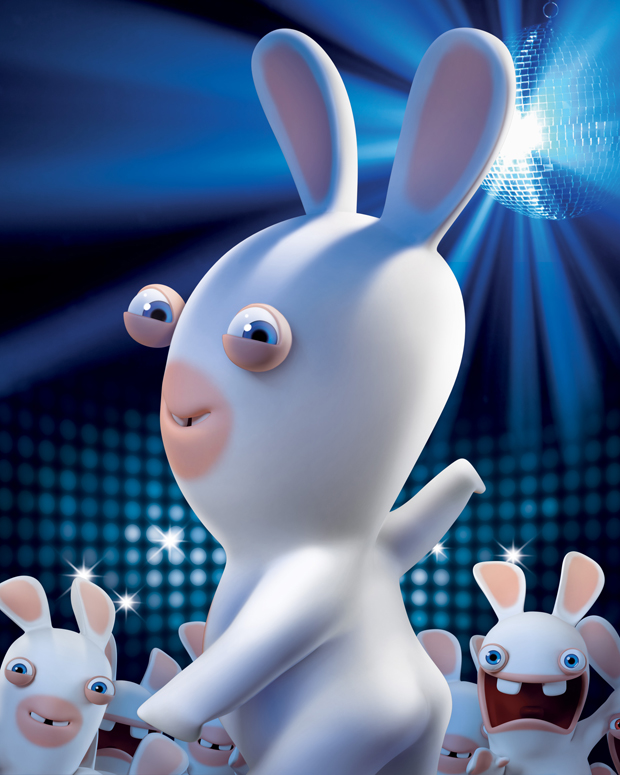