Nickelodeon has greenlit a third season of its global hit toon Sanjay and Craig with a 20-episode order, per president of content development and production Russell Hicks. The original 2D series was created by Jim Dirschberger, Jay Howell and Andreas Trolf and follows the crazy adventures of 12-year-old Sanjay and his best friend Craig, a smooth-talking snake and master of disguise. season two is set to debut this summer on Nickelodeon in the U.S. before rolling out internationally this fall.

Sanjay and Craig has proven a big success for Nick, as it currently ranks at the No. 2 animated show across all TV with kids 2-11, beat out only by SpongeBob SquarePants. The show had its international debut in 2013 and is now seen in more than 120 territories worldwide. Season three will continue to draw from real kid experiences to inspire the duo’s crazy capers, and will build upon the growing collection of cool and eclectic music, while featuring more half-hour specials filled with weird and funny epic journeys, including a holiday episode.

The second season is co-executive produced by creators Dirschberger and Howell, with Chris Viscardi and Will McRobb. The show features the voice talents of Maulik Pancholy and Chris Hardwick as Sanjay and Craig, as well as Linda Cardellini (Freaks and Geeks) as Megan, Matt Jones (Breaking Bad) as Hector, Tony Hale (Veep, Arrested Development) as Mr. Noodman, Grey Griffin (The Fairly OddParents) as Darlene and Sandy Dickson, and Remington Tufflips as himself. 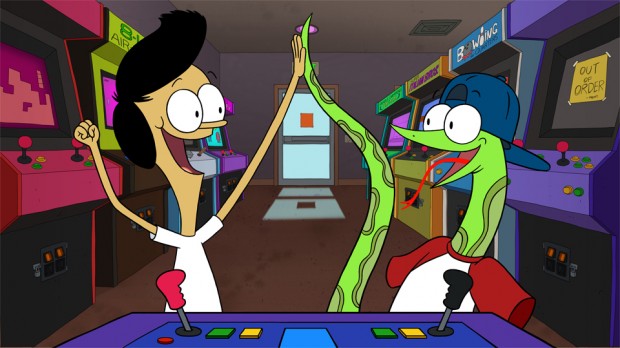