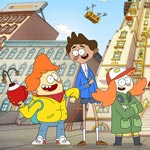 Created and written by Emmy Award-winning writer and composer Billy Lopez (The Wonder Pets) and executive produced by Emmy Award-winning creative executive Michael Pecoriello (Yu-Gi-Oh!), the 20-episode series follows three kids as they explore their strange and fantastical apartment building, the Wayne, where nothing is what it seems.

The Welcome to the Wayne voice cast includes: Alanna Ubach (Girlfriends’ Guide to Divorce) as Ansi, the anxious new kid in town; creator and co-executive producer Billy Lopez as Olly Timbers, the adventurous 10-year-old son of a toy maker and a military scientist, and lifelong resident of the Wayne; and Dana Steingold (Avenue Q musical) as Saraline Timbers, Olly’s responsible and more mature little sister.

Before the full-length series, Welcome to the Wayne was Nickelodeon’s first digital short-form series, which debuted on Nick.com in 2014. 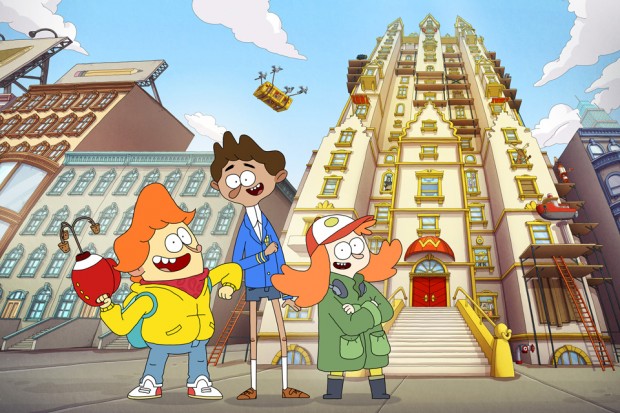