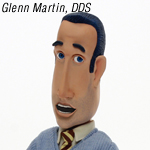 The Penguins episode, titled “The All-Nighter Before Christmas,” debuts Dec. 12 at 7 p.m. on Nick and features the animal residents of the New York Zoo enjoying the one day each year when the zoo is closed to humans.

Glenn Martin, DDS gets into the holiday spirit with an episode titled “A Very Martin Christmas” that features the voice of Mel Brook as a talking Canine and an original song by 1980s rocker Billy Idol. The episode premieres Dec. 3 at 10:30 p.m. on Nick at Night.

The boys are excited to head back to Minnesota for the holidays, but Gustavo tells them they have to stay in Los Angeles to record a three-song Christmas EP, and it looks like they’ll be spending their first Christmas away from home if they don’t get it done in time.  Gustavo also plans a new Yardsquirrels Album (a novelty band that Gustavo had a hit with in the ‘90s) featuring Snoop Dogg.

Drake and Josh attempt to give a little girl and her family the best Christmas ever.

7:00 p.m. – The Penguins of Madagascar, “The All Nighter Before Christmas” (PREMIERE)

The New York Zoo is closed one day out of the year for Christmas. To rejoice the season (and the human-free environment), the animals take over the zoo for Kidsmas, their annual animal celebration complete with decorations, food, gifts and a visit from Santa.  But tradition is neglected now that King Julien and company live at the zoo.  Struggling to make things right, the zoo inhibiters discover the truth behind Santa’s magic.

Nobody in Bikini Bottom has ever heard of Christmas or Santa Claus until Sandy lets them in on this surface tradition.  SpongeBob wants to bring Christmas to Bikini Bottom this year and his enthusiasm is infectious.  When Santa is a no-show on Christmas morning, everyone blames SpongeBob for getting their hopes up.  But in a surprise ending, SpongeBob is proven right, and Christmas does end up coming after all.

NICK AT NITE (all times ET/PT)

When Angie’s parents, Vic and Emilina, visit for Christmas, George thinks they still believe that he is not good enough for their daughter.  But he shows he can take care of his family without their help and battles with Vic for the best Christmas ever.

George tells a little lie to avoid visiting Angie’s family for the holidays, but regrets it when he spends Christmas alone.

When Max doubts the existence of Santa, George stages an elaborate scheme to persuade his son that Santa is real.  But after a bully beats Max up at school for believing in Santa, George must take drastic action.

George accuses his mother of being a Scrooge, but she proves him wrong when she helps George make Max’s dream of meeting his idol, BMX bike racing champion Dave Mirra.

Fran spends her first Christmas with the Sheffields.

Fran prays for a miracle when Maxwell, Grace and C.C. are lost following a car accident.

The Tanner’s are dreaming of a white Christmas in Colorado, but their mood turns blue when they get snowed in the airport en-route.

When the water heater breaks in their house, Julius and Rochelle must tell Chris that they can’t afford to buy him the new Walkman cassette player that he wants for Christmas.  Meanwhile, Drew spills the beans to Tonya about Santa Claus, making her question other things her parents have told her.

When Swiper tries to swipe the Christmas star from Dora’s Nochebuena party, he winds up on Santa’s naughty list.  Dora appeals to Santa, who says that if Swiper can learn the true sprit of Christmas, he will put him back on the nice list.  Believing Swiper can change, Dora accompanies him on a journey to the past, the present and the future to help him find four missing ornaments and discover the true meaning of Christmas.

It’s Christmas Eve and Santa’s toy-making machine is broken. The Umi team must get to Santa’s Workshop to help save Christmas and fast!  Geo uses his handy shape belt to make a reindeer, who then happily flies them to the North Pole.  With the clock ticking, Team Umizoomi goes bravely inside the humungous toy machine to see how it works. The team must identify shapes, count and fix patterns to get the machine working and get the last three presents built just before Santa and his reindeer have to leave.

When Twist sees Reed’s winter wonderland display at the Music store, he wishes that the Fresh Beat Band could be toys for Christmas.  His wish comes true in a dream where the whole Fresh Beat world has turned into a magical holiday toyland.  But as they play as toys in their new land, Twist’s batteries die, so Marina, Kiki and Shout must find the batteries and help install them. In the end, Twist wakes up and rushes to tell the others about his dream.

“Olivia’s Christmas Surprise” – Olivia has found the perfect Christmas present for Ian, but how can she keep it a surprise? Luckily, Olivia finds the perfect hiding place for it: under a bucket in the backyard. But on Christmas morning, the entire yard is covered in snow! Olivia has to find a way to uncover Ian’s present, and fast!

“Olivia Builds a Snowlady” – Olivia is thrilled when she’s chosen to build the mascot snowman –or in her case, snowlady – for the annual Maywood winter festival. She’s determined to build the biggest snowman anybody’s ever seen! But when all the snow melts away, Olivia has to build her snowlady out of something else: cotton candy!

“Twas a Dinosaur” – For a school assignment, Dan is supposed to change the words of a classic holiday poem.  Dan takes “The Night Before Christmas” and gives it a dinosaur spin.  Dan recites his poem at school and it comes to life in a fantasy sequence featuring Dan, Trek, the Tyrannosaurus Rex as a reindeer, and the Dromaeosaurus playing the part of Saint Nick.

“To Flee or Not to Flee” – With the substitute teacher’s help, Dan decides that dinosaur role play with his classmates will help him figure out if Stygimoloch would run from Tyrannosaurus Rex or stay and fight.