“Albert is in the great tradition of classic heartwarming holiday stories, and we’re thrilled that it is the first original animated TV movie Nickelodeon has ever made,” said Michael Sammaciccia, Senior Vice President, Development and Production, Nickelodeon Original Movies. “Between the hilarious voice cast and the lush CG animation, Albert is a great movie for kids and families to enjoy this holiday season.”

The movie follows Albert, a tiny Douglas fir tree with big dreams of becoming Empire City’s most famous Christmas tree. When the search for this year’s tree is announced, Albert hits the road with his best friends Maisie (Zamata), a persistently positive palm tree, and Gene (Friedlander, an abrasive and blisteringly honest weed, to fulfill his self-determined destiny. With a few prickly situations along the way, and Cactus Pete (Riggle) out to stop him, Albert learns the true meaning of Christmas. Albert will also feature two original songs, “The Best Thing That Can Happen to Christmas” and “Christmasiest Christmas,” performed by the voice cast.

Albert is directed by Oscar nominee Max Lang (The Gruffalo), executive produced by Will McRobb and Chris Viscardi (The Adventures of Pete & Pete), and written by Will and Aaron Eisenberg (The Massively Mixed-Up Middle School Mystery) and Joe Stillman (Shrek). The Eisenbergs are also co-executive producers, and Viscardi serves as Nickelodeon’s SVP, Content Development, Nickelodeon Franchise Properties.

You can learn more about Albert at www.nick.com/happy-holidays and the Holiday page on the Nick App, as well as Nick’s YouTube Channel. The movie will be available on Nick.com, Nick App and VOD platforms. An illustrated adaptation from Random House Children’s Books, Albert: The Littlest Tree with Big Dreams, is out now. 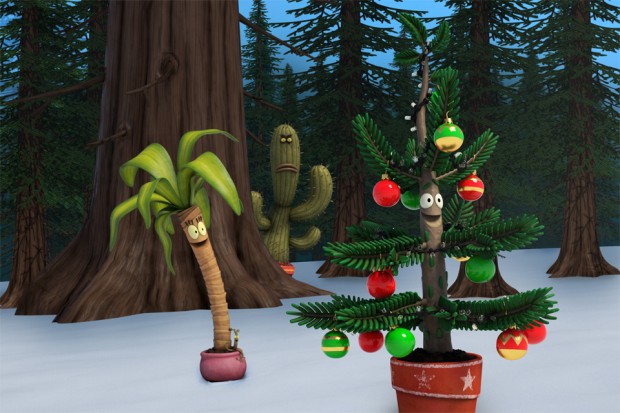