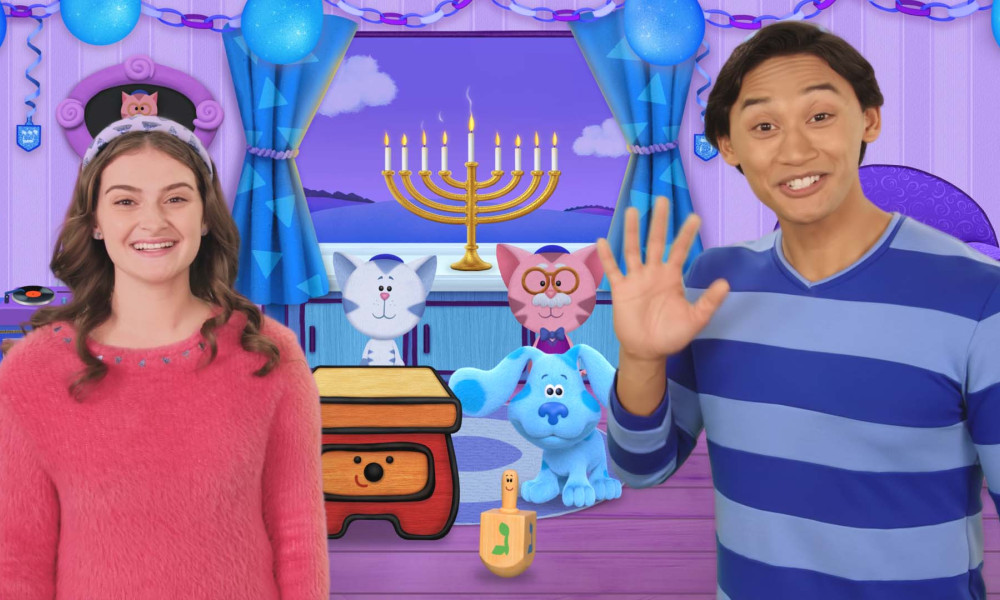 Nickelodeon’s hit hybrid preschool series Blue’s Clues & You! is getting into the holiday spirit with the launch of festive content across multiple platforms this season. The celebration will kick off this month with a brand-new Chanukah-themed episode, “A Blue’s Clues Festival of Lights,” premiering Friday, Nov. 26, at 12 p.m. (ET/PT), and Nick’s expanded partnership with international nonprofit Save the Children for the network’s second annual “Blue Friday” on Nov. 19, a day of giving and learning. 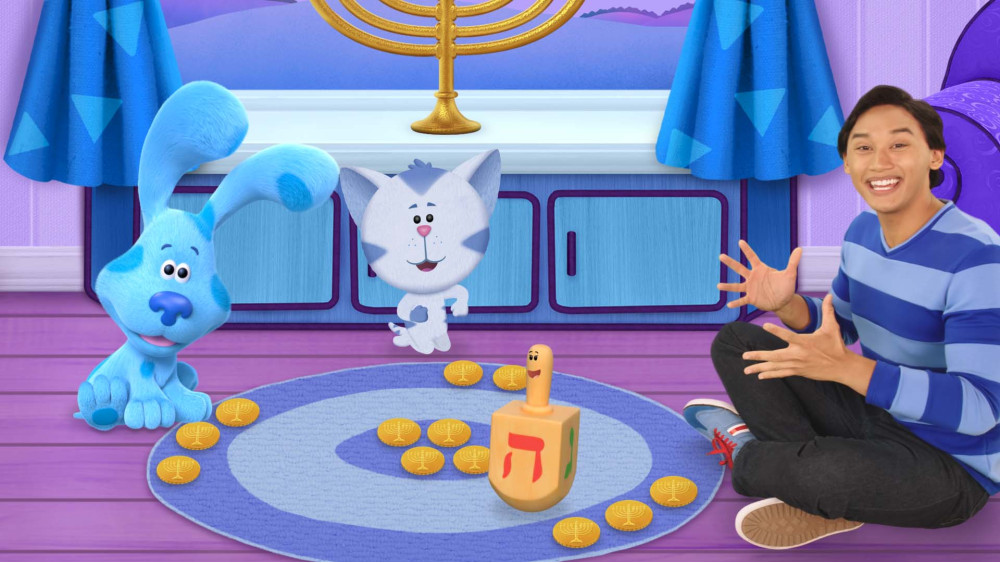 In an expansion of Nickelodeon’s partnership with Save the Children, the national leader in helping children prepare for and succeed in school across rural America, the organization will be Nick’s prosocial partner for its second annual “Blue Friday,” a day of giving and learning on Friday, Nov. 19. Nickelodeon has made a donation to Save the Children to support early learning opportunities for kids in need and, through Blue’s Clues & You!, will continue to help the nonprofit provide learning opportunities and education materials to kids and families in the U.S. with its early childhood education programs.

The educational hub, cluedintolearning.com, has resources for parents including learning materials, math and science curriculum videos, Blue’s Clues & You! activity sheets and more. Across America and around the world, Save the Children gives children a healthy start in life, the opportunity to learn and protection from harm. For over 100 years, the nonprofit has been committed to addressing children’s unique and unmet needs, working to ensure they thrive as learners and in life.

Later this month, the Blue’s Clues & You! float will return to this year’s 95th Annual Macy’s Thanksgiving Day Parade. Blue’s Clues & You! star Josh Dela Cruz and former Blue’s Clues hosts, Donovan Patton and Steve Burns, will perform “You Can’t Spell Blue without YOU” on the float alongside a 22-foot-tall Blue covered in 13 pounds of glitter, on Thursday, Nov. 25, in the TV presentation.

Following the linear premiere of “A Blue’s Clues Festival of Lights,” the episode will be available to watch on Nick Jr. On Demand, NickJr.com and the Nick Jr. App. The episode is part of Nickelodeon’s “Nickmas” holiday-themed lineup which features joyous premieres and specials from the network’s animation, live-action and preschool series, including all-new episodes of hit series Danger Force, That Girl Lay Lay, Baby Shark’s Big Show! and more, plus classic fan-favorite holiday episodes of Rugrats, PAW Patrol, SpongeBob SquarePants and The Loud House. 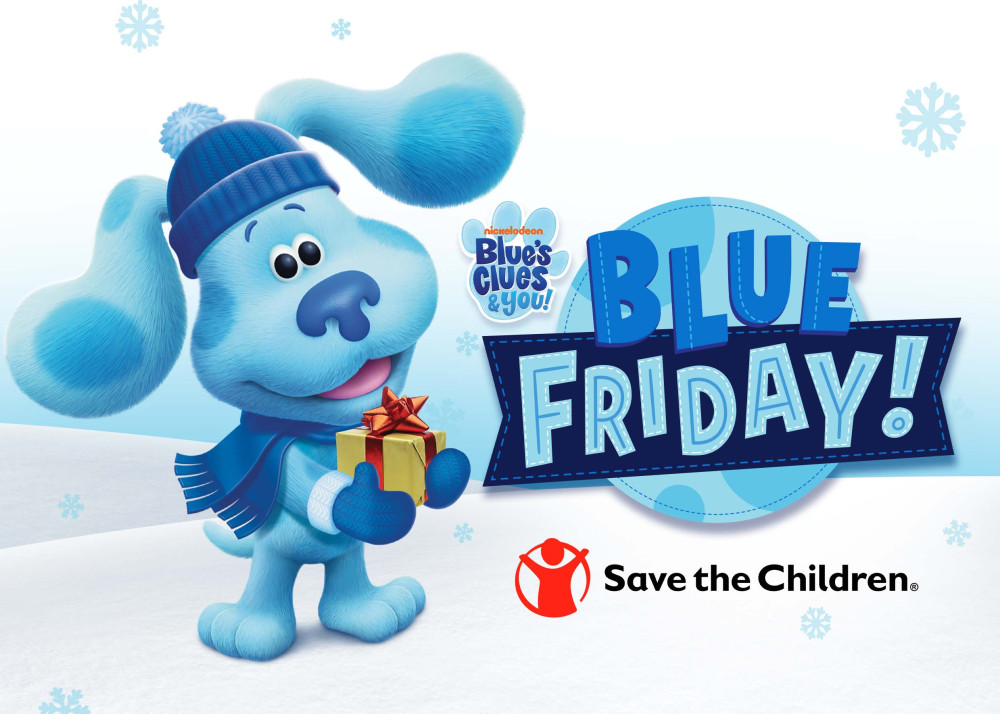 With critical praise from educators, parents and preschoolers, Blue’s Clues — which recently celebrated a milestone 25th anniversary this year — has generated an enormous global fanbase in over 160 countries and more than 20 languages. Blue’s Clues drew acclaim and high ratings for its unique interactivity that helped change the way kids watch television and has remained one of the most popular preschool shows of all time. The landmark series also raised the bar in preschool television by exploring advanced subject matter such as sign language, geography, physics, emotions, and anatomy. The show is the recipient of numerous awards including Peabody Awards, Parents Choice Awards, Television Critics Association Awards and Prix Jeunesse.

The legacy and lasting impact of the series continues with the remake of Blue’s Clues & You!, which has a new generation of preschoolers searching for clues with beloved puppy Blue and new live-action host Josh (Josh Dela Cruz). The series features new CG-animation for Blue and Magenta, brand-new elements and refreshed iconic items from the original series including an updated Handy Dandy Notebook equipped with smartphone technology and the return of fan-favorite characters.

Blue’s Clues & You!, produced by Nickelodeon Animation Studio in Burbank, Calif., was recently picked up for a fourth season and nominated for two Daytime Emmy Awards. Currently in its second season, the show airs weekdays at 11 a.m. (ET/PT) on Nickelodeon.

Since its founding more than 100 years ago, the international nonprofit Save the Children has changed the lives of more than 1 billion children. In the United States and around the world, Save the Children gives children a healthy start in life, the opportunity to learn and protection from harm. It does whatever it takes for children — every day and in times of crisis — transforming their lives and the future we share. For further information, visit SavetheChildren.org.

Studio 100 Takes a Bite Out of ‘Vegesaurs’
Monkey Business: ILM’s Michael Beaulieu on Creating Ampersand for ‘Y: The Last Man’