August 11 marks the 25th anniversary of the first original animated Nickelodeon series arriving on air, and Nickelodeon has given us all a gift to mark the occasion. The network has announced that classic ‘90s toon Rocko’s Modern Life will make a return to in a new one-hour TV special, with original series creator Joe Murray on board as executive producer.

The Rocko’s Modern Life special will bring back the show’s classic characters and offer some “surprising new takes on life in O-Town,” Nickelodeon teases. The premiere date and casting information will be revealed in the coming months.

“I’m very happy to be rejoining Rocko and my friends from O-Town again,” said Murray. “What I have found by bringing these characters back is that it’s not so much about nostalgia, but a sense that they still feel relevant and fresh to me, and after twenty years, they can’t wait to comment on modern life in the 21st century. They still have a lot to say.”

Rocko’s Modern Life originally aired from 1993 to 1996, and followed the 2D animated adventures of an Australian wallaby named Rocko and his two best friends, Heffer Wolfe (a steer raised by wolves) and Filburt (a Woody Allen-esque turtle), as they navigated life in O-Town.

Nickelodeon had previously announced that a new Hey Arnold!: The Jungle Movie animated TV special is coming in 2017, as well as a live-action TV movie based on Legends of the Hidden Temple coming this fall. 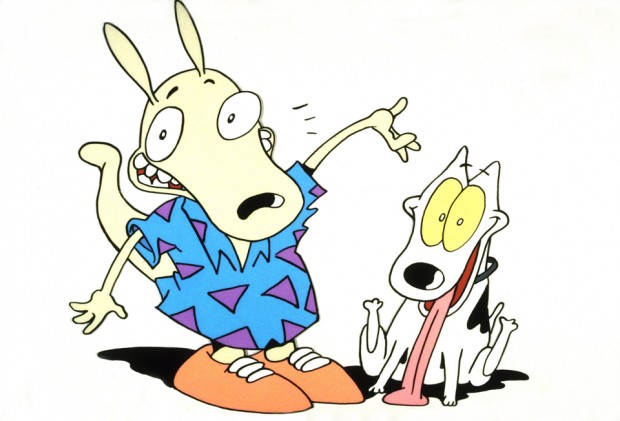