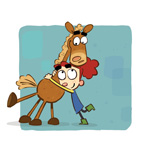 Nickelodeon’s 2018 upfronts reveal that the powerhouse kids net is still going gangbusters, with more than 800 episodes of new and returning animation and live-action series set to debut this season — a 20% increase over last year! Some of the highlights for toonheads to look forward to are a remake of beloved preschool series Blue’s Clues, a new series dedicated to popular Loud House characters Los Casagrandes, and an all-new original comedy Pony, cultivated from the network’s Shorts Program.

The groundbreaking late-’90s preschool series Blue’s Clues is getting a refresh for which will introduce the beloved character to the next generation. The series centers on the energetic girl puppy Blue, who invites viewers into her animated world to help solve the day’s puzzles with the help of a live-action host. Preschoolers are encouraged to interact with the action on-screen by answering questions, pointing out clues, jumping on their feet and playing along. A hunt for a host will begin this month, and involve an open call in Southern California on April 14.

“With Blue’s Clues, Nickelodeon launched what became TV’s first generation of interactivity for preschoolers and set the bar for quality, curriculum-driven shows we have made since,” said Cyma Zarghami, President, Nickelodeon Group. “The new, modern version of Blue’s Clues will capture all the original’s creativity and visual identity for a whole new audience ready for its fun adventures and expertly designed problem-solving curriculum.”

The original series launched in 1996 and was created by Traci Paige Johnson, Todd Kessler and Angela C. Santomero. The classic library is available on NOGGIN; short-form content is available on the Nick Jr. App and NickJr.com.

Working titled Los Casagrandes, a new companion series to the hit comedy The Loud House is now in development. The new show will follow Lincoln Loud’s friend Ronnie Anne and Bobby Santiago as they adjust to their new life in the city, where they now live with their big, loving and chaotic multi-generational family, the Casagrandes. In the series, Ronnie Anne will make new friends, build stronger bonds with her relatives and explore the endless possibilities city life has to offer. Bobby will help Grandpa Hector run the family’s corner store, and becomes familiar with the neighborhood’s quirky characters. The Casagrande family was first introduced in the special, “The Loudest Mission: Relative Chaos.”

“Los Casagrandes expands The Loud House universe, and features heart, humor and a multi-generational ensemble that will speak to kids and families of today,” said Zarghami.

Nickelodeon has also greenlit a fourth 26-episode season of The Loud House, which will include a six-episode art featuring the Casagrandes. The top-rating show (currently No. 1 across TV with Kids 2-11 and 6-11 YTD) will continue under co-executive producer Mike Rubiner (KaBlam!), who had been story editor since the series launched in 2016. Award-winning American cartoonist Lalo Alcaraz (Coco) will serve as a cultural consultant and consulting producer for the Casagrandes arc.

Pony has received a 20-episode order, and is the first animated comedy greenlit for the US from Nickelodeon International. The 2D series follows Annie’s everyday life as a 9-year-old, from working at her parent’s city farm (located on their apartment balcony) to homework, school friends and, most importantly, her friendship with an excitable, unpredictable, lovable talking Pony. Pony is Annie’s biggest cheerleader and best friend, although sometimes his optimism and enthusiasm lands the pair in unusual situations.

Pony is created by Ant Blades, based off the short of the same name from Nickelodeon’s 2015 International Animated Shorts Program. Blades began his career writing and drawing for the cartoon strip Bewley. After his first short stint as an animator, Blades worked for years in the digital creative industry before moving back to the animation field and setting up Birdbox, a studio that produces commercials, on-air spots and funny short films. 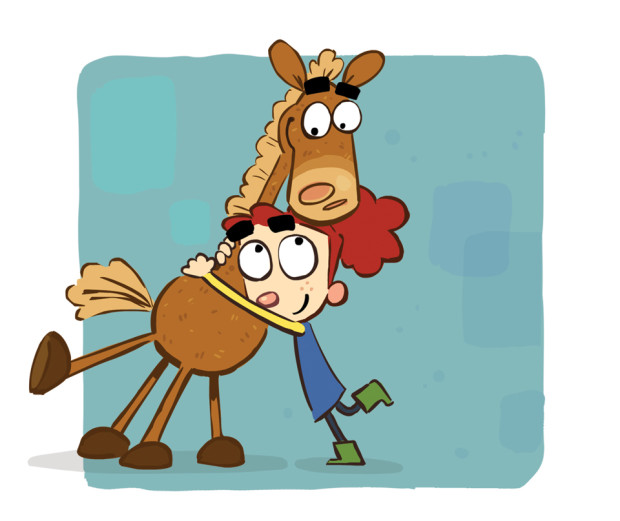 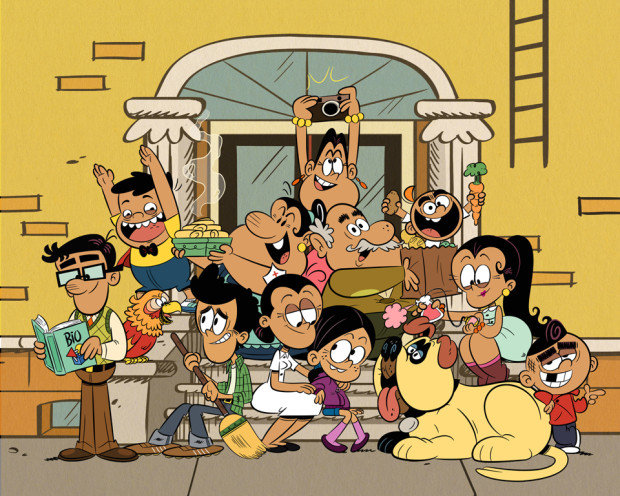 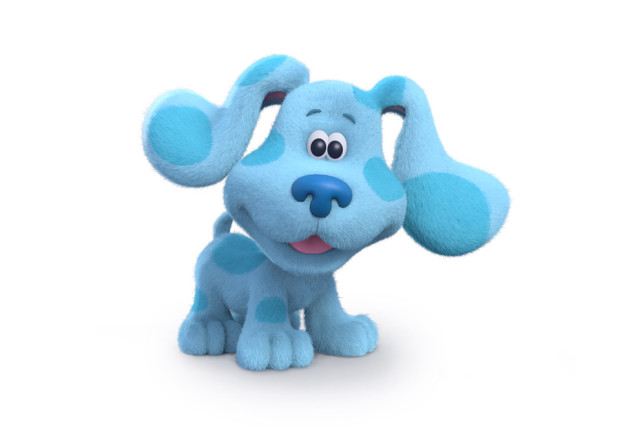