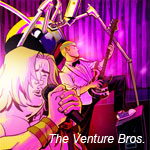 Is the world ready for a documentary-style, animated Venture Bros. special? The team at Adult Swim certainly hopes so. The new 15-minute special, The Venture Bros.: From The Ladle To The Grave—The Shallow Gravy Story will premiere on Sunday, Aug. 28 at midnight and will track the meteoric rise and fall, and the un-meteor-like second coming of the most important band Hank Venture, Dermott Fictel and H.E.L.P.eR. robot have ever been in: Shallow Gravy.

To get the audience in the right (twisted) frame of mind, the cabler has planned a marathon of Hank and Dermott episodes from 9:30 p.m. until midnight on August 28th followed by this new 15-minute behind-the-music mockumentary at midnight (ET, PT) on Adult Swim. The Venture Bros. is created and directed by Jackson Publick and written by Publick and Doc Hammer, both of whom provide voices for the series. The Venture Bros. is animated by L.A.-based studio Titmouse, Inc. 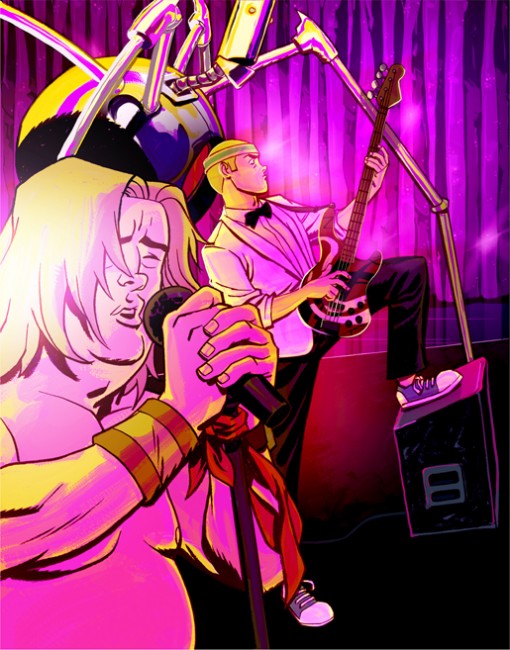 The Venture Bros.: From The Ladle To The Grave—The Shallow Gravy Story

In conjunction with the premiere, on August 23 fans can download the five-song Shallow Gravy EP featuring different reinterpretations and remixes of the band’s smash hit “Jacket” plus a music video via digital retailers. Then, on Monday, August 29, they can download the full, uncensored episode to own.

You can watch Venture Bros. episodes and clips here: