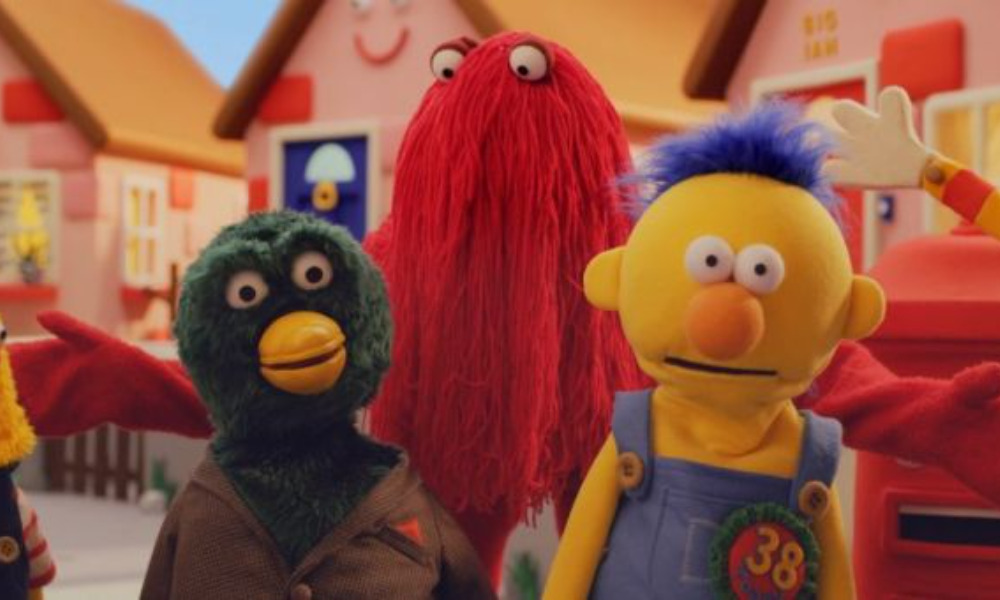 When Becky Sloan and Joseph Pelling’s quirky YouTube series Don’t Hug Me I’m Scared premiered in July  of 2011, audiences were struck by its hilarious, puppet and 2D-animated parody of children’s TV. Although it ran for only six episodes (focusing on creativity, time, live, technology, diet and dreams), it left a big impression on its fans.

We are happy to report that a TV show based on the series will be premiering on Channel 4 in September. The show’s brand new promo is titled “Fly” and features Duck, one of the original trio, swatting a fly before declaring “Pesky bee,” and that’s about all the reveal we’ll get at this point. The trailer has gained over 2.3 million views since it debuted on June 19.

Sloan and Pelling met while studying Fine Art and Animation respectively at Kingston University. They produced the first episode of Don’t Hug Me I’m Scared in their free time with a very small budget. After the short film gained popularity, Channel 4’s Random Acts commissioned the second episode They have also co-written and did puppeteer work for Cartoon Network’s The Amazing World of Gumball The Puppets (Season Five, Episode 36).

Each episode of the show revolves around three characters, a yellow childlike human with blue hair, an anthropomorphic green mallard dark and a red humanoid puppet with a mop-like head who are referred to as Red Guy, Yellow Guy, and Duck. Yellow Guy’s father, Roy, also makes appearances!

Here’s a behind the scenes interview with Sloan and Pelling.

You can also read about their work on the Troli ads here:

Check Out the Trailer for Season 8 of ‘Madagascar: A Little Wild’
Disney+ Unveils New Taste of the ‘LEGO Star Wars Summer Vacation’