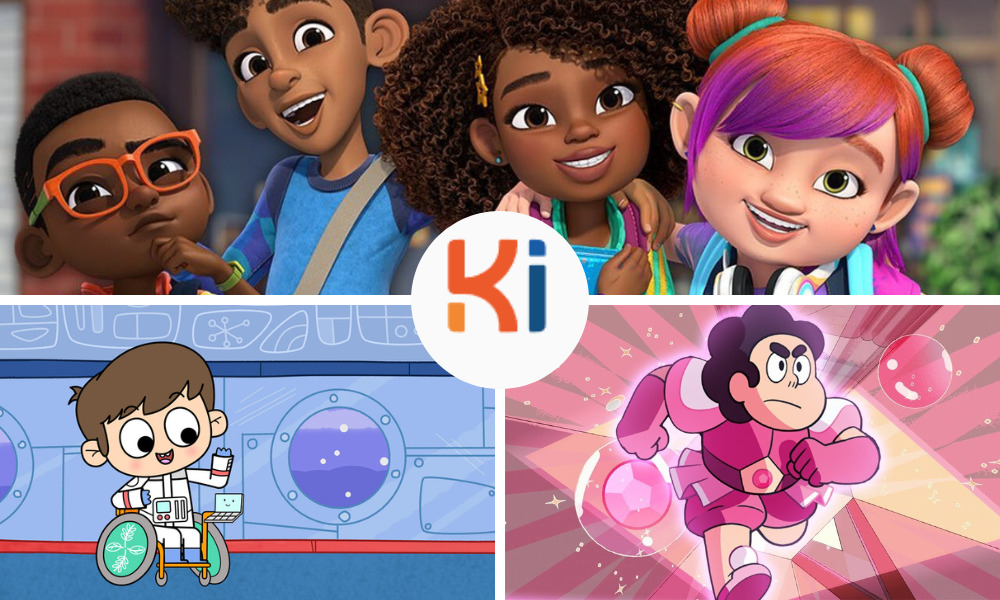 Series like Karma's World (Netflix), Adam ❤ Adventure (Kavaleer) and Steven Universe (Cartoon Network) have made great strides for representation, and audiences are hungry for more according to Kids Industries' latest survey.

Family-focused marketing agency Kids Industries (Ki) launched a new report today exploring the concept of diversity and inclusion amongst children and their parents — and what this looks like in the media that they engage with.

The survey — carried out across 2,001 parents of children (aged 5-15) in the U.K. and U.S.A. — paints a picture of rising concerns from parents over screen time, yet also acknowledges how they appreciate the benefits of digital play. There is however a desire from parents for more inclusive media attributes.

“Play underpins everything that our children will become — it is, as Maria Montessori said, ‘The work of the child.’ Our research indicates that 67% of parents feel their children’s schools are good or excellent when it comes to their diversity and inclusion policies and approaches which shows there is much more work to be done,” commented Gary Pope, CEO & Co-Founder of (Ki) and Children’s Commisioner for Products of Change.

“We must listen to children and parent voices and ensure their needs and wants are reflected in the media that they consume. Nothing is more important than protecting and promoting a child’s right to play and making those play experiences the very best that they can be is essential and something that the industry needs to give serious consideration.” 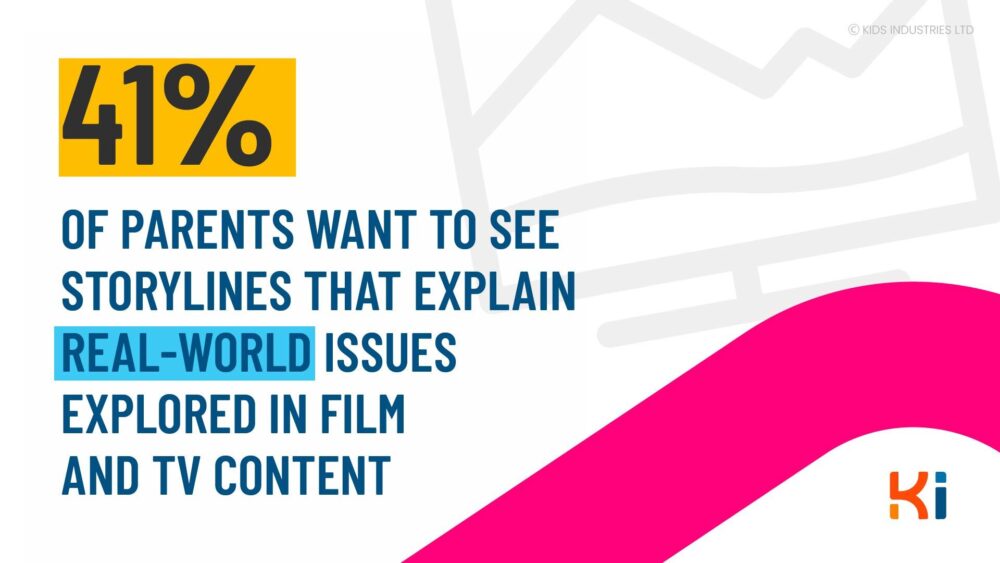 Children’s Media Consumption (Across TV & Film) Must Be More Inclusive

What parents notice: Almost three quarters of all parents questioned said that their child enjoys watching and listening to stories about characters who look or are different to them (67% in the U.K., 79% in the U.S.) and 64% said their child would like to see more characters who are like them in the media.

Key issue: Seventy-four percent of parents agree that their child learns about people who are different from them through the media they consume — yet alarmingly, 49% say that this media features many negative stereotypes of different groups (42% in the U.K., rising to 56% in the U.S.). 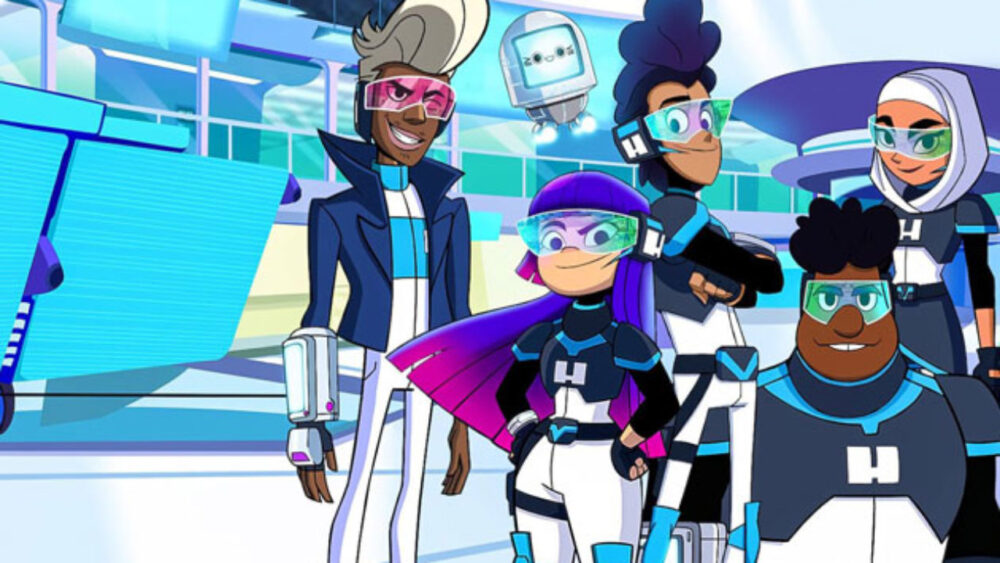 Eric Robles and Dan Milano’s ‘Glitch Techs’ (Nickelodeon/Netflix) was applauded for its diverse cast of gamer heroes triumphing through teamwork.

Moving forwards: Just over half of all U.K. and U.S. parents (53%) would like to see more positive role models in the media. Forty-one percent would also like to see more storylines that explain real-world issues to children — a similar figure as those who would like more ‘soft’ education content, e.g. problem solving (43%). Programs that involve traditional education, e.g. maths skills, appealed to 38% of parents.

In terms of representation, 26% of parents want to see equal gender representation (22% in the UK and 30% in the U.S.) and 29% expressed a desire for more ethnically diverse characters — again, higher amongst U.S. parents (33%). 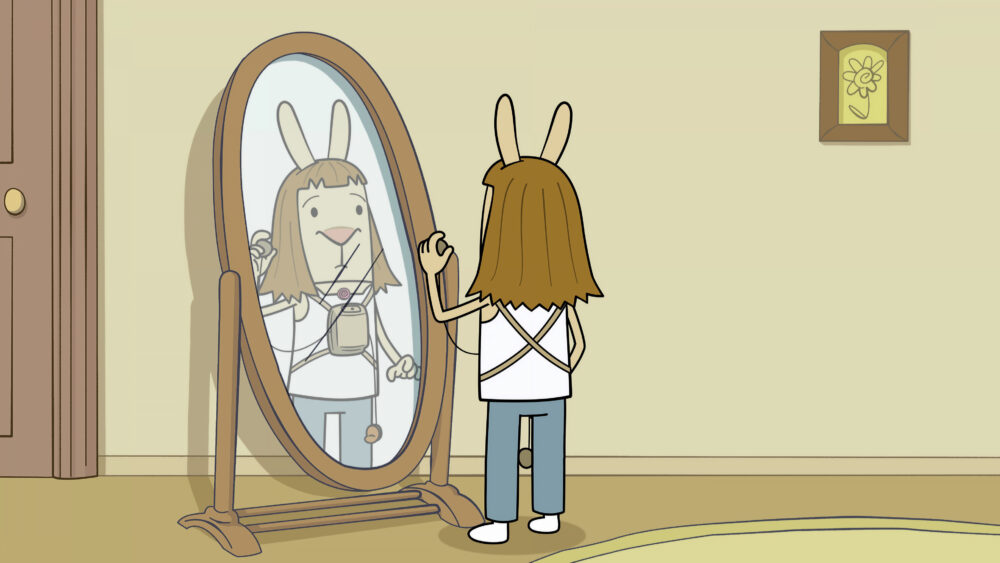 What parents notice: Seventy-four percent of U.S. parents reported that their child watches content with subtitles or closed captions (CC) — with 24% choosing to use them all or most of the time. This compares with 54% in the U.K. using subtitles or CC and nine percent using them all of the time. Half of U.S. and U.K. parents (50%) of parents said that their child needed subtitles/CC to enjoy media content. 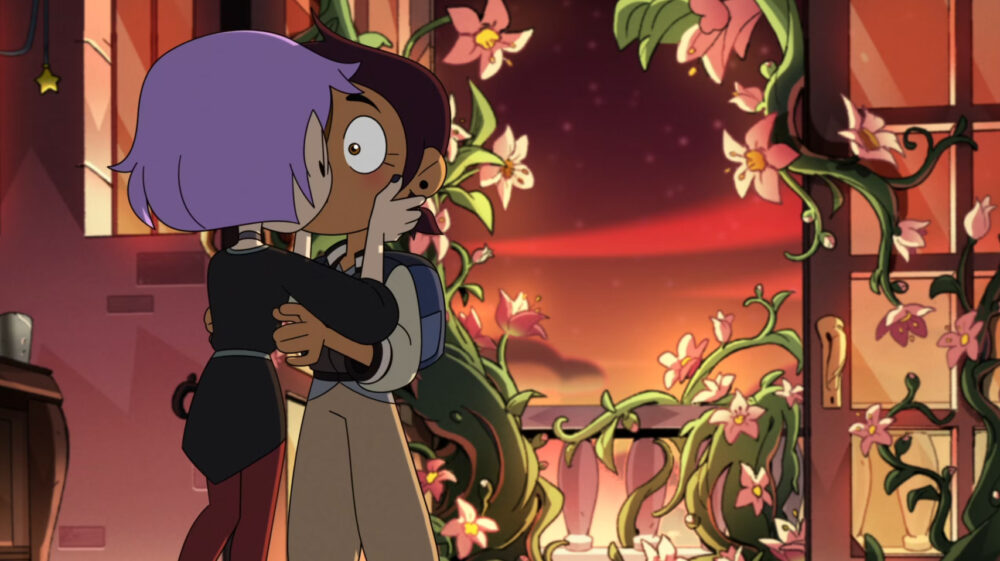 Founded in 2002 by Gary Pope and Jennifer Blows, Kids Industries (Ki) is the only full-service marketing agency that specializes in the family market. This team of award-winning business, strategy & creative experts, have worked with brands including LEGOLAND (Merlin), Peppa Pig (eOne), The Gruffalo (Magic Light Pictures), Star Wars (Disney) and Doctor Who (BBC Worldwide), as well as global charities, in sports, travel and a host of FMCG, QSR & retail brands.