Adult Swim has unveiled a more in-depth/traumatizing look at its upcoming new toon Mr. Pickles, which premieres September 21 at midnight and will be followed by the eight season premiere of Jim Fortier and Dave Willis’ Squidbillies. 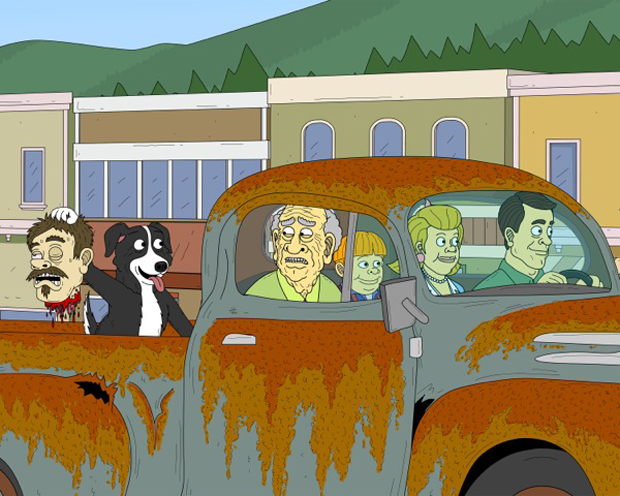 Mr. Pickles is set in quaint Old Town, and old-fashioned place slowly being taken over by the modern world. There the Goodman family and their innocent six-year-old Tommy and the loveable, pickle-loving family dog spend their days romping around and finding old-fashioned fun. But little does the family realize that Mr. Pickles harbors an evil streak that drives him to commit horrible acts of violence. Produced by HotHouse and created by Will Carsola and Dave Stewart (Funny or Die Presents), the premiere guest stars Brooke Shields, who joins series cast Frank Collison, Jay Johnston, Kaitlyn Robrock and the creators. 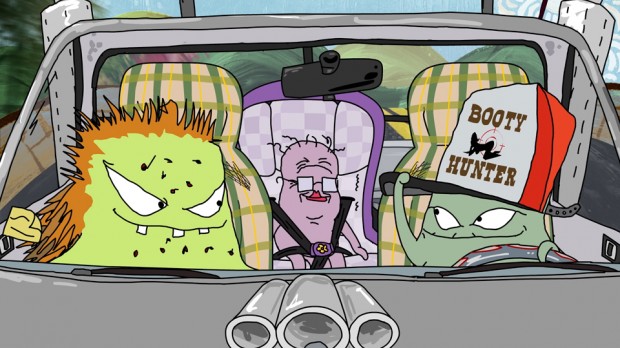 The new season of Squidbillies will see TV animation’s fourth favorite family, the Cuylers, taking on some of America’s toughest issues, including marriage inequality, “taint cancer,” speciesism and the impending Russian snake apocalypse — good, clean fun all around. Additionally, season eight will feature a new cover of its theme song each week from diverse musicians and bands like Centromatic, Dwight Yoakam, Todd Rundgren and King Khan and the Shrines.

Teletoon Sets World, Canadian Premieres for Fall
‘BoJack’ Will Be Back in the Saddle for Second Season